The Department of Asian Studies is delighted to invite you to our 2018 Annual Asian Studies Careers Night on Tuesday, March 6th. This is a wonderful opportunity to gain advice and network with alumni who have found exciting careers after an Asian Studies degree. We will be inviting alumni with diverse experiences – at home and in Asia – to come share their inspiring stories with you. Please do not miss this event! 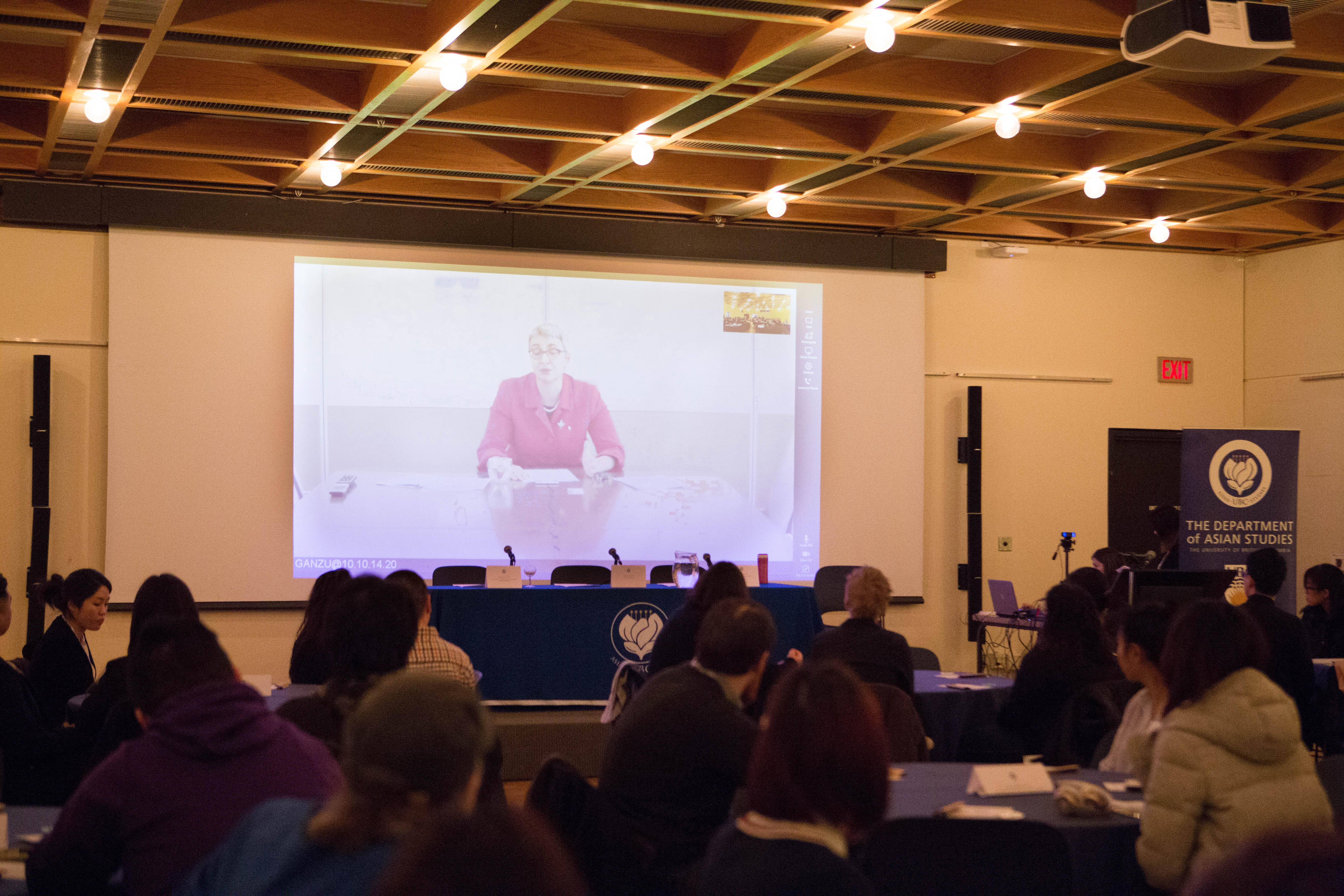 *Please keep checking back here for further developments. Alumni speakers will be added as they are confirmed.

6:15pm – Keynote: Finding success in Canada-Asia relations with a degree in Asian Studies

Speaker: Rachael Bedlington, Consul General of Canada in Guangzhou, China.
(BA Joint Honours [East Asian Studies and Political Science], McGill University, 1990, Nanjing Normal University, 1992), joined External Affairs and International Trade Canada in 1992. She has served abroad extensively in Asia, including two previous assignments in China at the Embassy of Canada in Beijing (from 1995-1998 and 2006-2011), as political counsellor in Kuala Lumpur, Malaysia,  and Chargé d’Affaires in Colombo, Sri Lanka. In Ottawa, Ms. Bedlington has worked in divisions responsible for negotiating the North American Free Trade Agreement, for bilateral relations with India, and South East Asia, and within Personnel Branch on diplomatic assignments. In 2011, she became head of Canada’s Sudan and South Sudan Task Force, representing Canada at the Darfur Peace Agreement Implementation Follow-up Commission and serving as Chair of the International Contact Group on Sudan and South Sudan. Starting in 2013 she served as Executive Director for Human Rights and Indigenous Affairs Policy within Foreign Affairs, Trade and Development Canada. She began her assignment as Consul General of Canada in Guangzhou in September, 2015.

Our panelists comprise a diverse group of Asian Studies alumni who have had successful careers in the Canada-Asia interface. They will discuss how they first started working in Canada or abroad and the skills that will help students find opportunities outside of Canada or in Canada-Asia relations.

Christine Park, BA ’11 – Development Researcher
Christine works in media, developing TV shows in factual, documentary, and lifestyle programming. She has just moved back from London, UK where she started her career in media and worked for National Geographic. Prior to working in TV, she worked in policy at the European Commission in London and the Asia Pacific Foundation of Canada, a think tank on Canada-Asia policy. As a student she worked for Canada Border Services Agency and the Ministry of Health. She also studied abroad in Korea as a student.

Jennifer Ward, BA ’12 – Freelance Translator (Japanese to English)
For five years, Jennifer has worked from home, self-employed, as a freelance translator. She is currently translating three light novel series and has worked on dozens of manga for Yen Press, Seven Seas, Kodansha, and other publishers. She considers herself a professional otaku.

Students will break into groups and rotate among the alumni. Ask our alumni how they got their first jobs after graduating and how they have navigated through the “real world”.

Aleem Bandali, BA ’99 – Managing Director/Partner MNP Corporate Finance
After finishing his BA at UBC, Aleem attended law school and business school (JD/MBA) in the US. After working in the US for a period thereafter with large companies such as MGM Mirage, Starwood Hotels, the Department of Energy (nuclear labs) etc., he moved back to Vancouver in 2008 to join PwC. Aleem joined MNP Corporate Finance four years ago and lead the corporate finance practice for BC. They work on sell side/buy side transactions ranging from $5 million to $300 million typically but have experience on deals valued at up to $30 billion. He currently sits on the UBC alumni board, the BC spinal cord injury board and on the fundraising committee for Kidsafe BC.

Michael Beaty, BA ’11 – Non-Profit Solutions Consultant at Traction on Demand
Michael was born and raised in BC and grew up on Bowen Island, a short ferry ride away from Vancouver. Japanese language and culture interested him from even before his first year of university, and afforded him the opportunity to study for a year at Waseda University in Tokyo through the Go Global Exchange Program. Following graduation, Michael found an opportunity in the non-profit technology sector, and has been there ever since.

Nathan (Kuang-Chi) Hwang, BA ’12 – Senior Business Development Assistant at Sojitz Canada Corporation
Nathan was born in Taiwan but grew up in Japan (Tokyo), US (San Diego) and Canada (Coquitlam). Nathan is a tri-lingual speaker in English, Japanese and Mandarin. Upon graduating in 2012, he joined Sojitz Canada Corporation as a Sales Assistant in commodity export and now works as a Senior Business Development Assistant in the same company. Prior to graduating, his work experience included being a Program Assistant at the Centre for Japanese Research at UBC, a Camera Assistant with NHK during the 2010 Winter Olympics, and as a freelance translator.

Aaron Posehn, BA ’10 – Strategic Planning Support at UBC Office of the Provost
Aaron works at the UBC School of Public Policy and Global Affairs, but is currently seconded part-time to the UBC Office of the Provost to support logistical planning of the university-wide strategic planning process. He previously also worked in Taipei as an academic editor assisting researchers in Taiwan, Hong Kong, and China to improve the quality of their written research for publication in academic journals.

Nick Stember, MA’15 – Literary translator / Education consultant
Nick is a translator and historian of Chinese comics and science fiction. In 2016, he completed his MA in Asian Studies with his (very readable and not at all obscure) thesis on the formation of the Shanghai Manhua Society.

Emily Wu, BA ’03 & MA ’07 – Program Coordinator,  UBC Extended Learning & UBC Internal Coach
Emily is currently an Internal Coach at UBC and a Program Coordinator at the UBC Extended Learning. Her current work involves developing, delivering, and managing innovative educational programs for adult professionals. Prior to working at UBC, she has worked as an Assistant to Consul for Cultural Affairs at Consulate General of Japan in Vancouver and a Coordinator for International Relations on the JET program. Emily has served on the board of JET lumni Association of UBC and currently volunteers with Japan Fair Association of Vancouver and Big Sisters of BC Lower Mainland.