Genre Fiction and Narrative Epistemologies: The Case of Detective Fiction in Persian 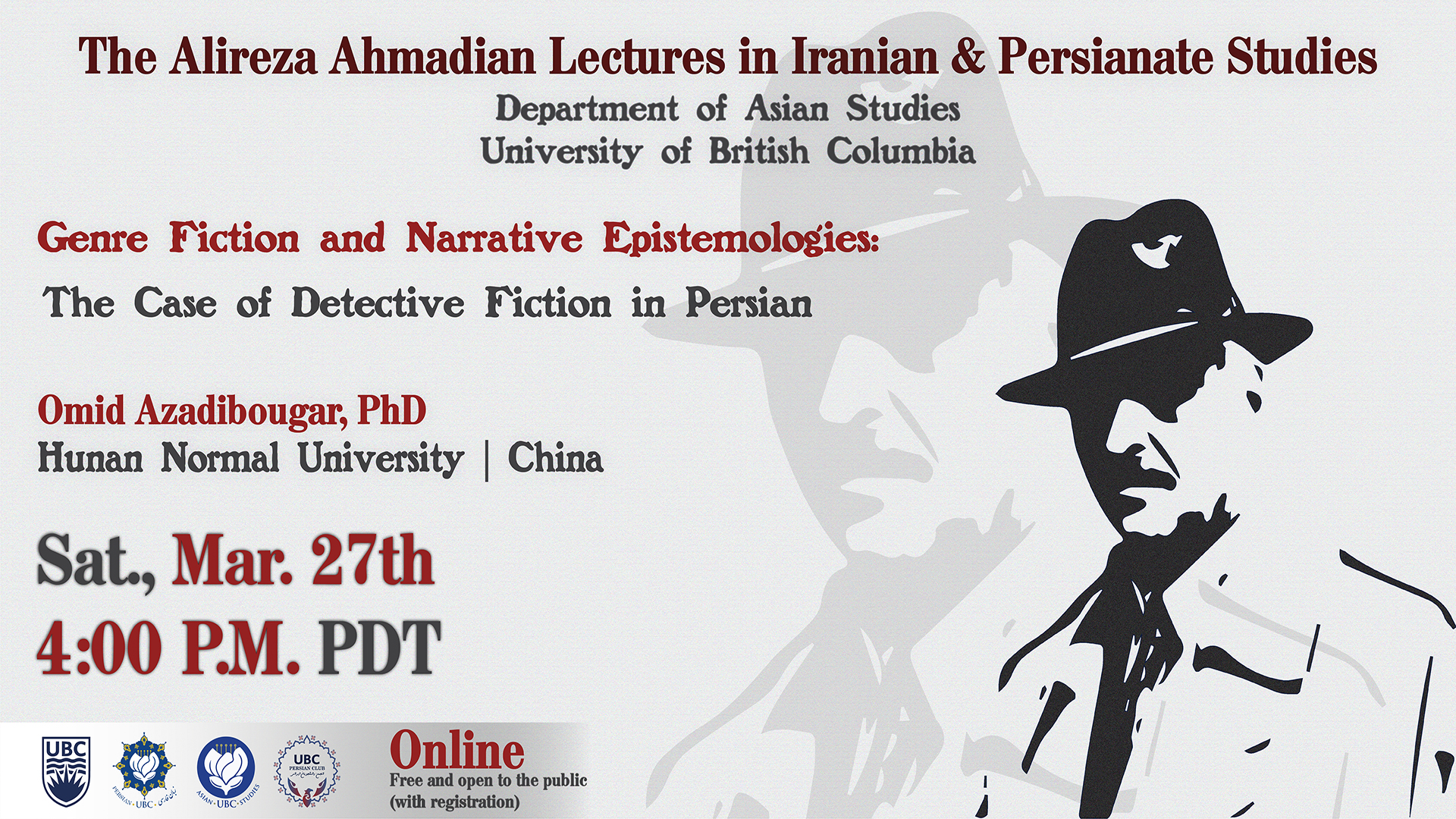 Even though crime/detective fiction has been discussed as a genre of world literature (e.g. Nilsson et al. 2017), it has not been a popular genre in modern Persian literature, whether for writers and translators or for readers. In this sense, the genre highlights one of the ruptures in the concept of world literature, signaling the existence of points of cultural resistance to literary homogenizing tendencies.

Arguing the genre and its absence in modern Persian literature, scholars have pointed at censorship as a major impediment to its rise or development (Abdoh 2014; Nanquette 2021). While the disrupting effects of censorship can partly explain the status of the genre in Persian, they do not particularly explain why it has not been received well—particularly in translation.

In this talk, Omid argues that detective narrative presupposes the cultural permeation of epistemologies that justify and sustain the genre. In other words, there are cultural factors other than censorship that defer the rise of detective fiction in Persian. Omid will discuss how “alternative” epistemologies have been used to adapt detective fiction to different systems of thought; present examples from Persian to elaborate on their epistemological assumptions; propose that narrative epistemology is largely missing in debates about world literature; and specify how the concept can be useful in discussing both popular culture and orientalist narratives.

Omid Azadibougar is Professor of Comparative Literature and Translation at Hunan Normal University. He is the author of ‘The Persian Novel: Ideology, Fiction and Form in the Periphery’ (Rodopi | Brill, 2014) and ‘World Literature and Hedayat’s Poetics of Modernity’ (Palgrave-Macmillan, 2020).