New Insights from the East on Poetry and Politics: The Reconciliatory Thought of Sa‘di Shirazi 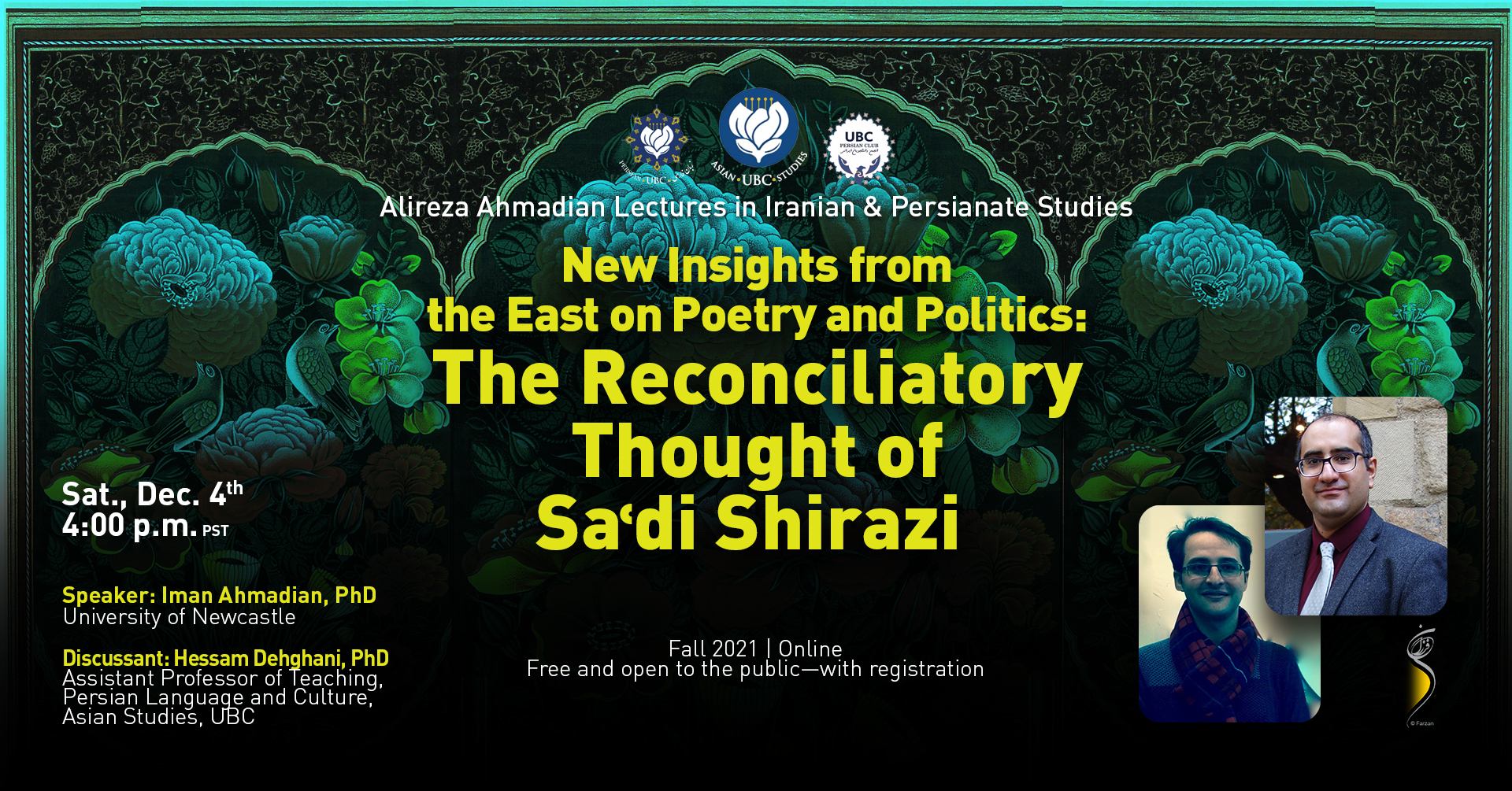 Date & Time:
December 4 | 4pm (PST)
Location: online via Zoom
This talk will be presented in English.

Free & open to the public. Click the link below to register for the event.

With a massive amount of social and political thought emanating from the West, it is refreshing to study what the East has to offer. One such offering lies in the East’s contribution to aesthetic understandings, which are being considered more and more as a force in politics. In this talk, the poetry of ancient Persia will be analysed for its insights into contemporary Iranian politics. The Rose Garden of Sa’di, which is a fascinating poetic work rooted in the struggle for human reconciliation, offers an alternative approach to peace-building to the mainly western-imposed approaches, and one that utilizes indigenous beliefs. This talk discusses how this poetry can be transposed from the so-called Islamic Golden Age of the Middle Ages into modern day politics, building on the current aesthetic turn in international relations, and the current indigenous turn in peace-building.

Iman Ahmadian started his undergraduate studies in Management at Queen Mary, University of London and followed his studies in International Relations at the University of Glasgow, Scotland and later on Newcastle University, England, where he is currently working as a research associate. He wrote his first book on the diplomatic insights of Sa’di’s Rose Garden, published in New York by Edwin Mellen Press and is amidst his second book, offering an English translation for the Diwan of Shah Ne’matollah Wali Mahani Kermani, another Persian poet, which he has has entered negotiations with Cambridge Scholars Publishers. Iman is very interested in the Persianate world and what it has to offer the modern age.

Hessam Dehghani earned his first PhD in Linguistics from Allameh Tabātabāi University working on the “Structural analysis and Phenomenological study of Persian Literature” in 2012. He then earned another PhD in Philosophy from Boston College in 2019. Since then, he has been a post-doctoral researcher and associate researcher at Harvard Divinity School and the Center for Middle Eastern Studies where he has researched about the formation of the Persianate identity in Persian Mystic Literature. He has published a number of essays in Persian including “Phenomenology of Poetry: Re-reading Ahmad Shamlou’s poem “the walls”. He has also presented on different aspects of Persian mystic literature regularly at Harvard and Boston College.
Besides his research interest, he has been teaching English as a foreign language in Iran, and Persian and Arabic in North America for the past twenty years. Since 2012, he has taught Persian and Arabic and directed Persian program single-handedly at Boston College for which he received both teaching and leadership award from that institution. He has recently started his tenure as an assistant professor of teaching Persian language and Culture at UBC. In pedagogy, his interests lie in material development and assessment for which he has passed multiple ACFTL workshops and received several certifications from 2013 up to present. He is passionate about implementing technology in classroom and developing a course book for Persian Students of 21st century. 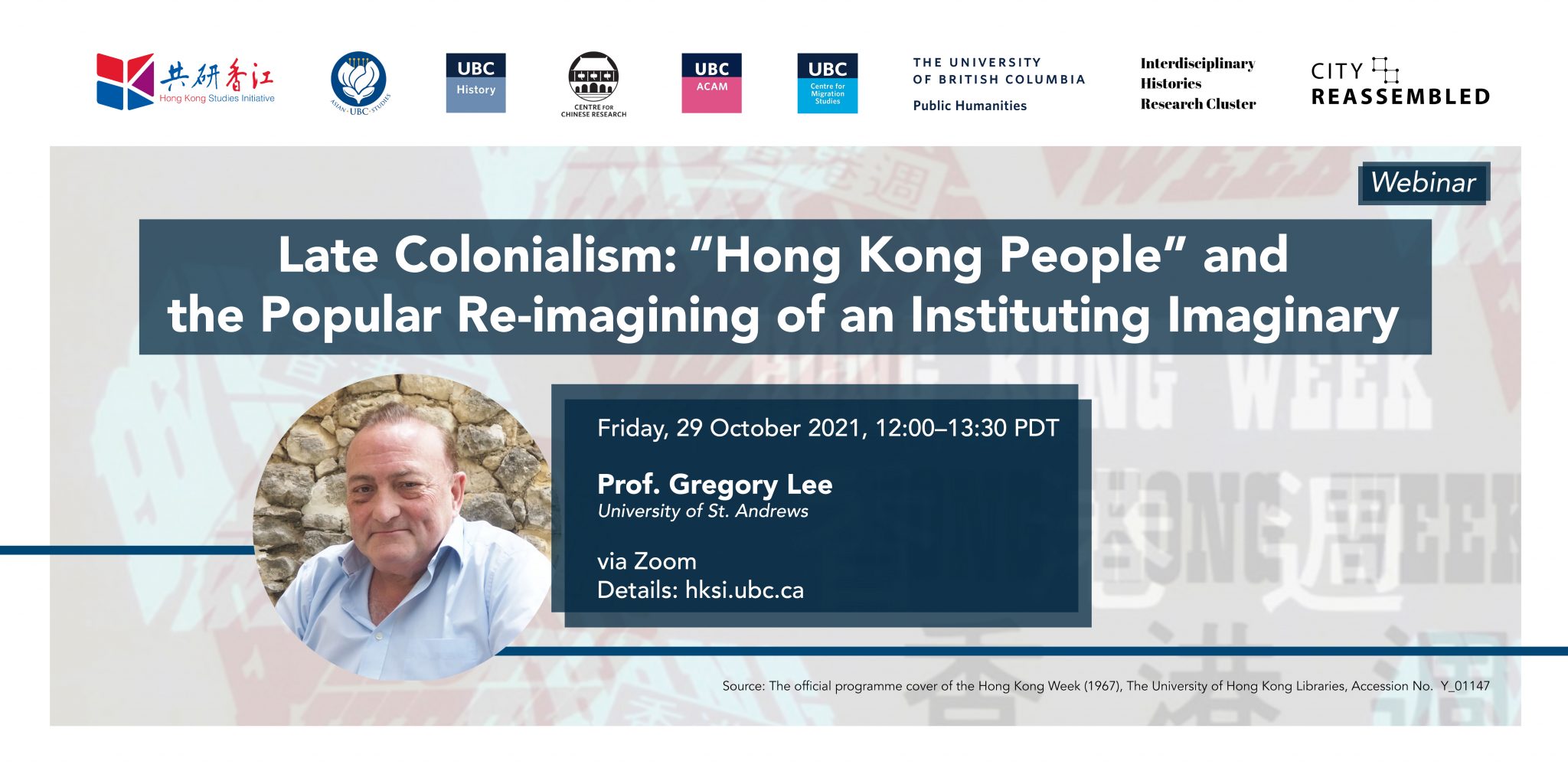