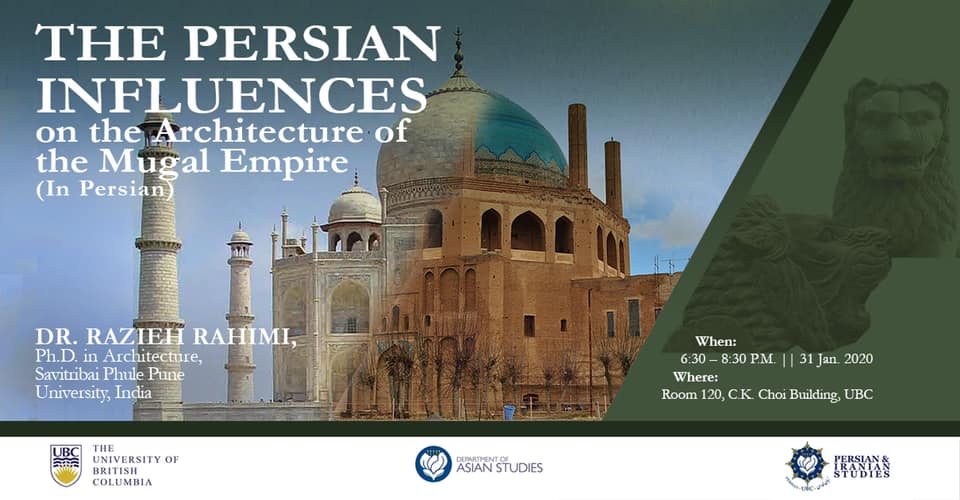 A careful study of the Mughal architectural style in the Indian subcontinent and its similarities with Safavid architecture in Iran show the great influence of Iranian culture and architecture on the new style of Indian architecture.

The Gurkani Empire of India, or the Mongol Empire of India, was a large empire in which the descendants of Timor ruled India from 5 to 6 AD in large parts of the Indian subcontinent, including modern-day India, Pakistan, Bangladesh and parts of present-day Afghanistan. This period coincided with the era of the Safavid dynasty in Iran. The official language of the Mughal court of India, Persian language and hence spread Iranian culture and architecture in the Indian subcontinent. The Mughal Empire of India was dependent on Iranian culture for various reasons and aspects, for example, Babur had been living in Iran for many years with Timur’s offspring and had spent five years in exile with his wife in Iran. Jahangir also had an Iranian wife who played an important role in the development of Iranian art and architecture in India, and Arjmand Bano, wife of Shah Jahan, was an Iranian prince who played an important role in encouraging Iranian artists to migrate to India to develop Iranian art and architecture.

Iranian artists have introduced new architectural styles in keeping with the Indian climate using local architectural structures whose beautiful examples are visible in castles, mosques, tombs of the time. The best example of this masterpiece is the Taj Mahal in Agra, which is known as an Iranian spirit in the Indian body. However, it should be noted that this cultural influence is not a constant phenomenon and is a solitary phenomenon.

This lecture is part of the Alireza Ahmadian Lectures in Persianate and Iranian Studies. Location: Room 120, C. K. Choi Building