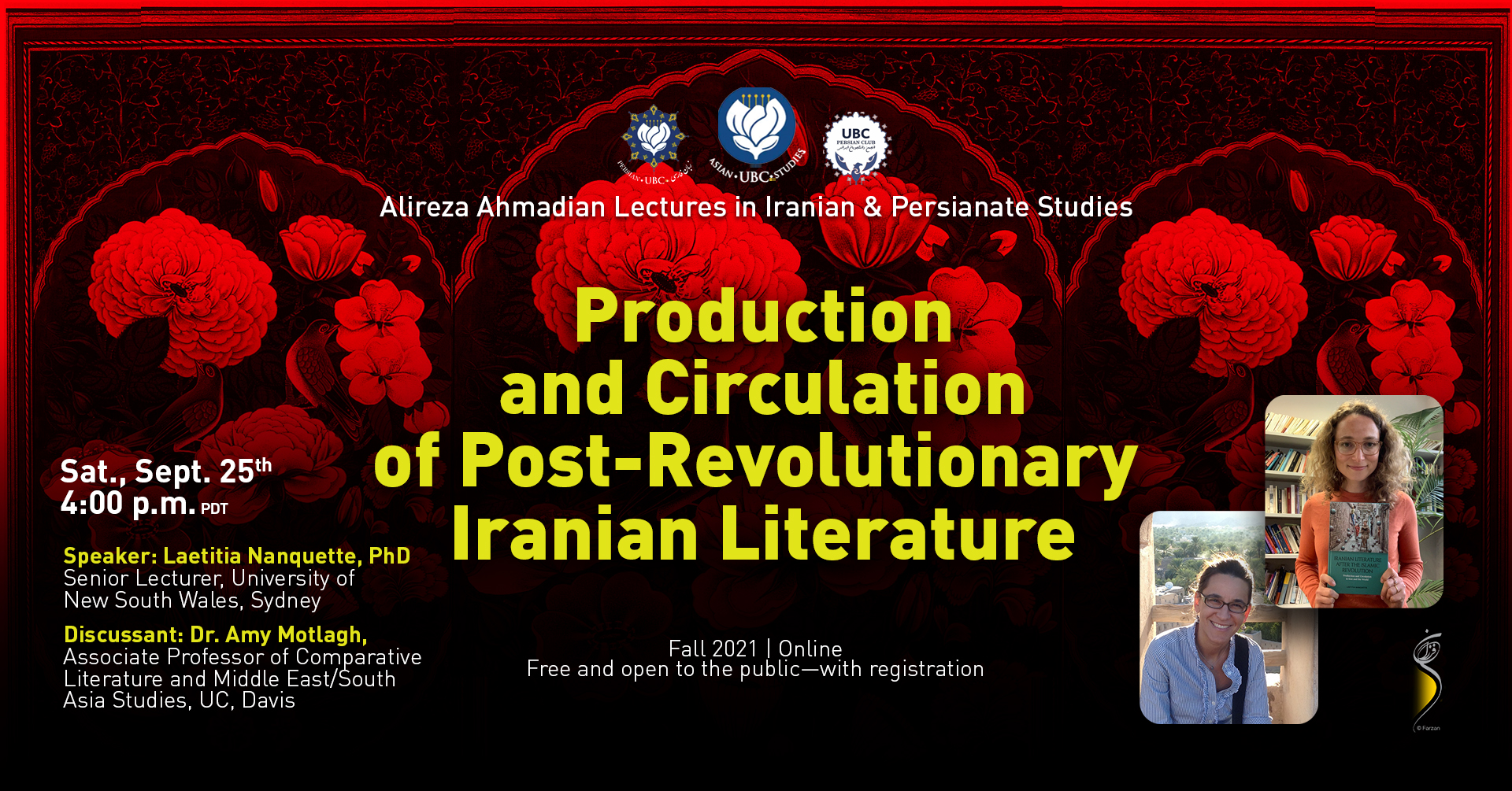 Date & Time:
September 25 | 4pm (PDT)
Location: online via Zoom
This talk will be presented in English.
Free & open to the public. Click the link below to register for the event.

To analyse contemporary Persian literature, it is important to study not only the texts themselves, but also how they are produced and circulated, in relation to the social, economic and political fields. In this lecture, Laetitia Nanquette will discuss how Iranian literature, especially prose, has functioned and circulated from the 1979 revolution to the present, both within Iran and in the countries of the Iranian diaspora, with a focus on North America, Western Europe and Australia. Dr. Nanquette will first look at the forms, structures and functions of Iranian literature within Iranian society, before turning to the global diaspora.

Laetitia Nanquette is Senior Lecturer in the School of the Arts and Media at the University of New South Wales, Sydney, Australia. She studied in France, the United Kingdom, Iran and the United States, before coming to Australia. Nanquette was a fellow of the Australian Research Council between 2015 and 2019. She travels to Iran for research fieldworks and translates contemporary Persian literary texts into English and French. Her first book was Orientalism Versus Occidentalism. Literary and Cultural Imaging Between France and Iran Since the Islamic Revolution (I.B. Tauris, 2013). Her work on Iranian literature has appeared in leading journals including Iranian Studies, The Translator, Interventions. Iranian Literature after the Islamic Revolution: Production and Circulation in Iran and the World was published in May with Edinburgh University Press.

Amy Motlagh is Associate Professor of Comparative Literature and Middle East and South Asian Studies and the inaugural Bita Daryabari Presidential Chair in Persian Language and Literature at UC Davis, where she is also language coordinator for the Middle East and South Asia Studies program. After finishing her Ph.D. at Princeton University, she spent the first decade of her academic career at the American University in Cairo. Her first book, Burying the Beloved: Realism and Reform in Modern Iran (Stanford University Press), focused on the connections between civil law, prose fiction, and gender in twentieth-century Iran. Motlagh’s current research projects are focused, respectively, on: racial discourse in Iran; translation and circulation of Persian literature; and human rights discourse and cinema. She maintains an active interest in the production of Iranian diasporic culture around the world.

[Webinar] The Chinese and Hong Kong Diasporas in the U.S.-China Conflict 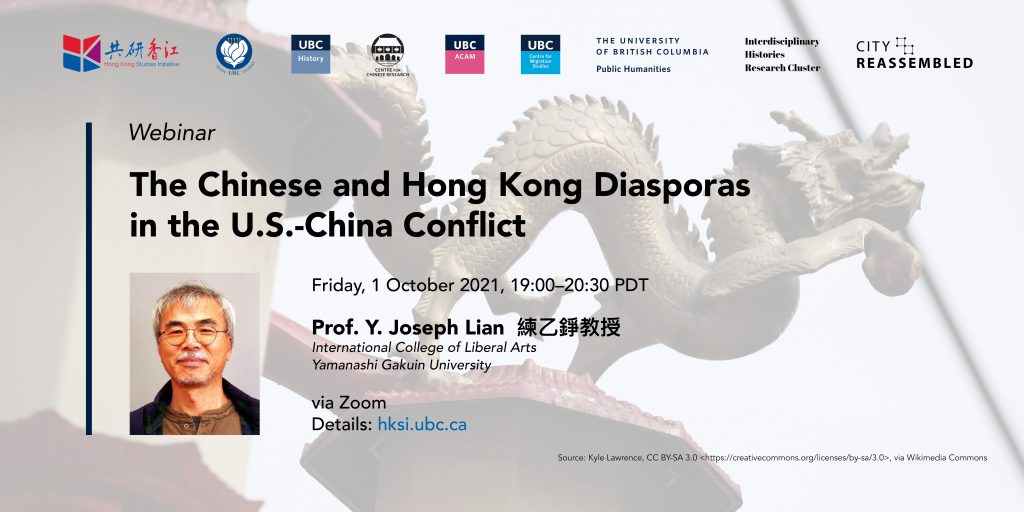