Chinese Fun Night 2020: The CLP Plays Among Us!

This past Friday, November 20th, the Chinese Language Program held their first online game night. Over forty students and TAs from the program were in attendance, playing against nine instructors…most of who had previously never played online games before! There’s no better way to help students feel closer with their teachers than to see them backstab a fellow crewmate without mercy. This year’s Chinese Fun Night: Among Us event was a huge success!

Lecturer Xinxin Wu in the middle of game discussion!

Despite the fact that everything was virtual, Chinese instructors, TAs, and students alike all banded together to create a wonderful sense of community. Everyone present was in high spirits, whether they were one of the players or a spectator. Even the chat-box was lively, as audience members tried to help their fellow students or instructors out, and joined in on trying to guess who the impostor was. Hearing both laughter and panicked screams made all the chronic Zoom-induced fatigue of the semester seem like a distant memory. 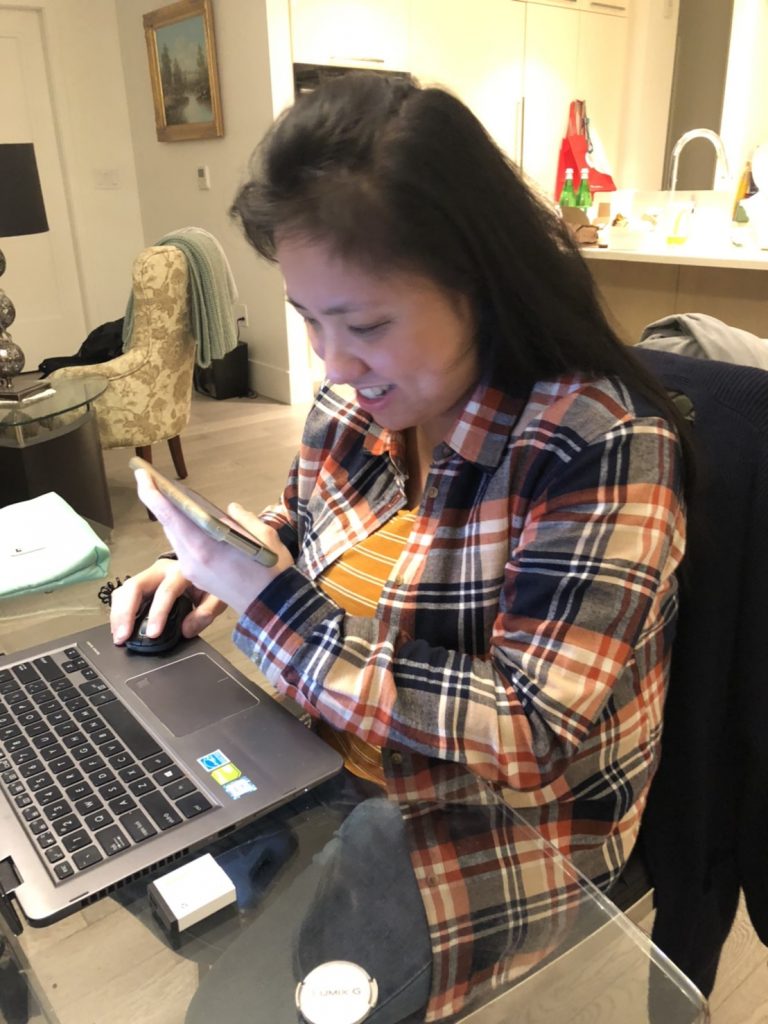 Lecturer Anyi Lee with her game setup for the night 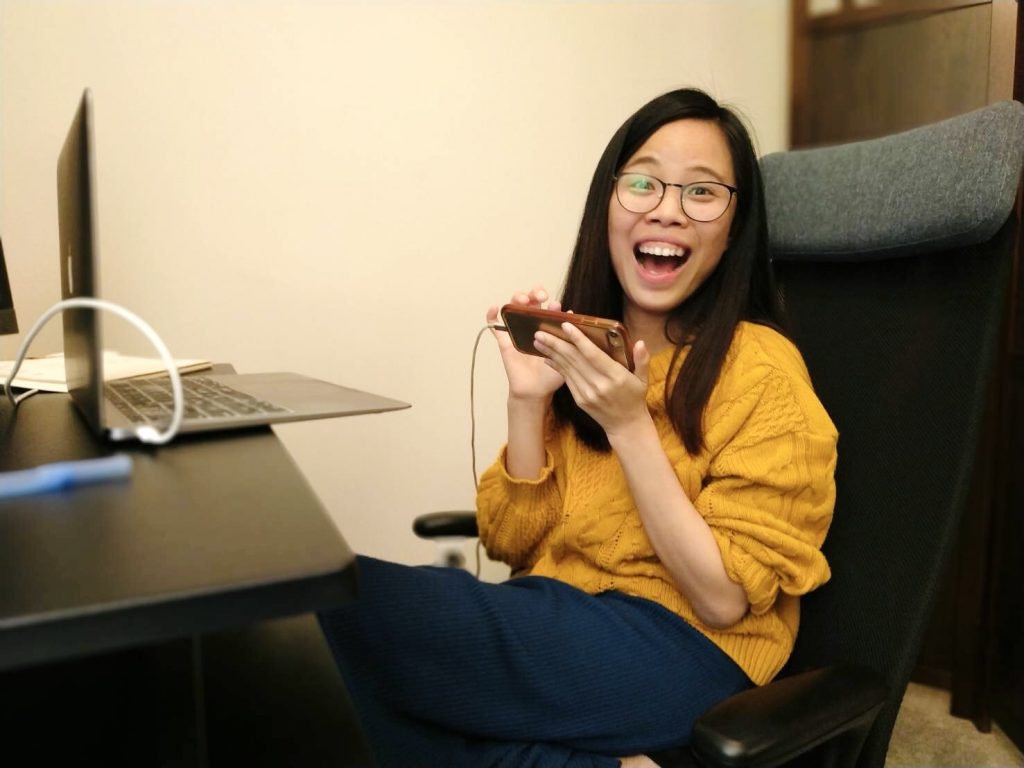 Lecturer Li-jung Lee in the middle of a game!

Games were held in Chinese, English, Chinglish, and even Cantonese, since many heritage students are well-versed in the language — even Chinese instructors couldn’t keep up with the rapid-fire language changes throughout the games. Even with all the excitement, learning opportunities were more than plentiful. The vocabulary word of the night was 内鬼 (nei4 gui3, literally “inner ghost”, used to refer to the impostor). 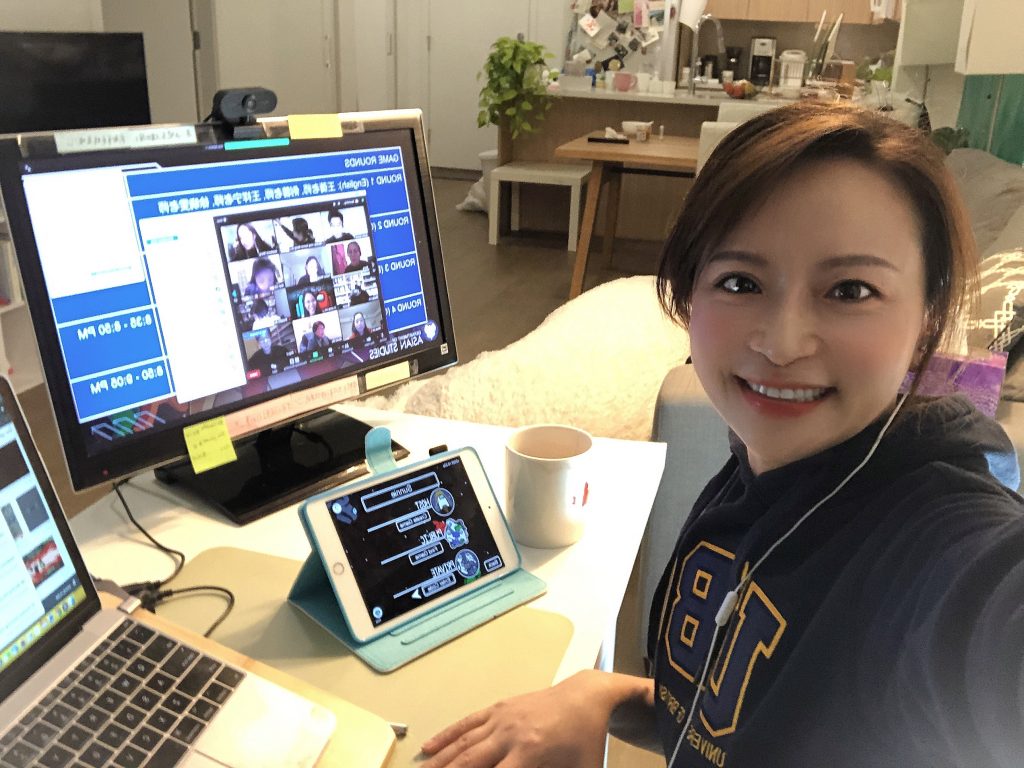 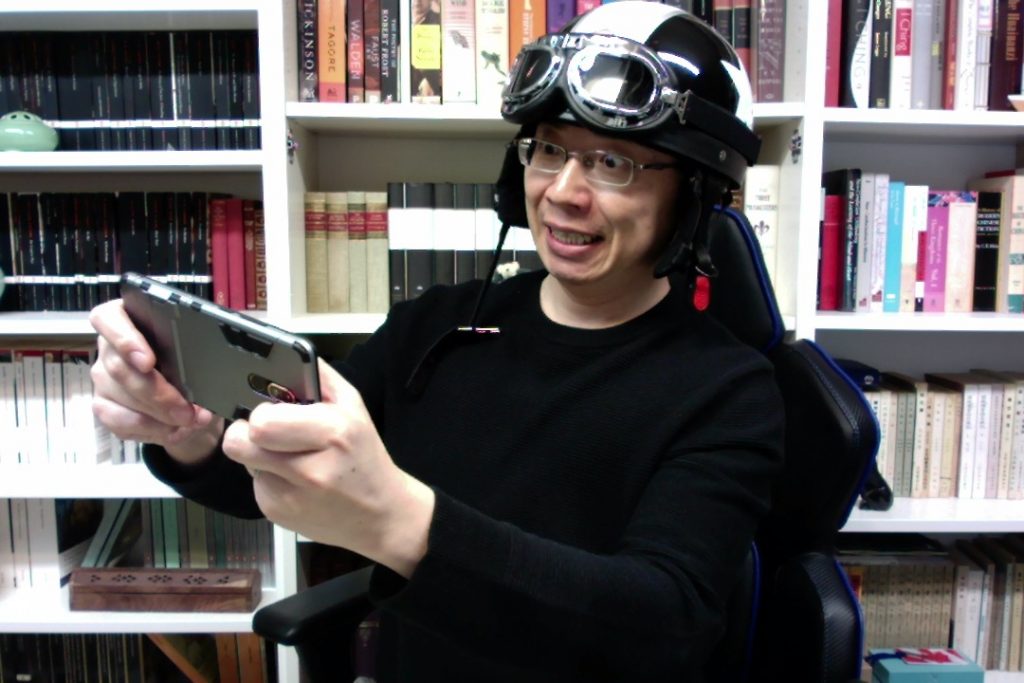 Lecturer Zheng Cai with his full setup…complete with a helmet.

CLP Director Qian Wang, completing a task in Among Us!

All in all, the night was full of excitement and laughter! Stay tuned for the recap video coming shortly on the Chinese Language Program’s YouTube channel! Don’t miss any hilarious moments we had at the game night! 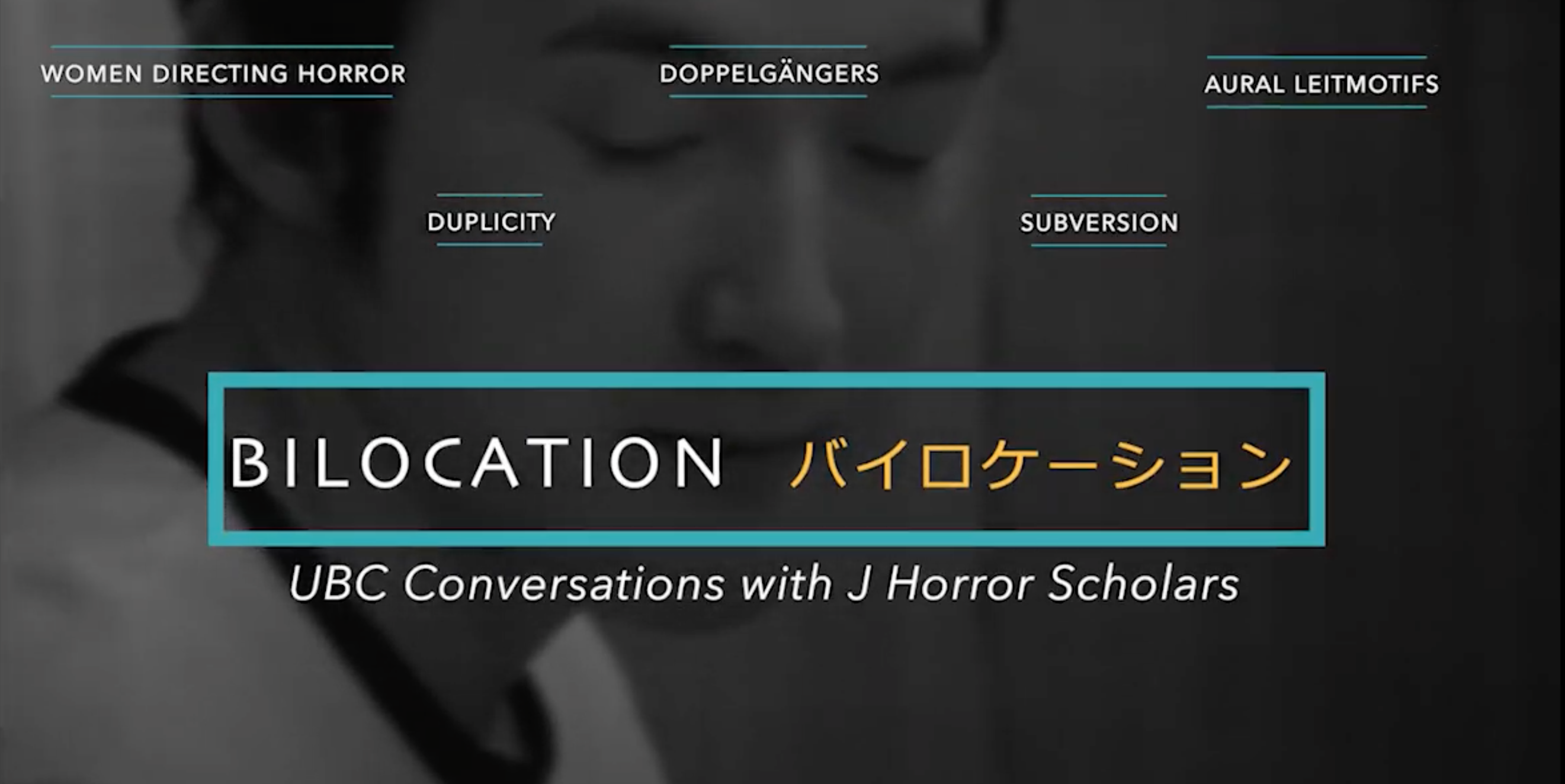 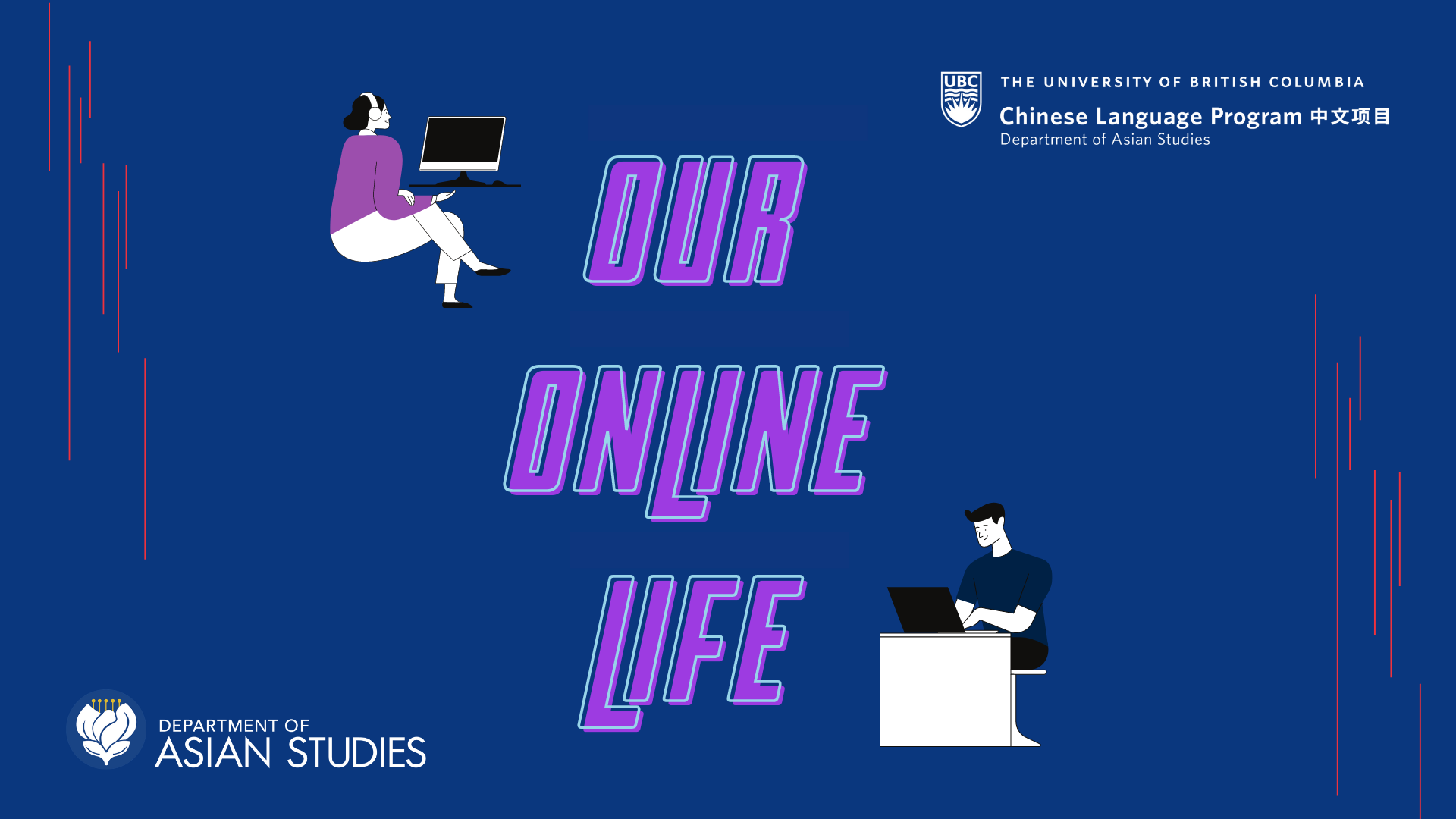 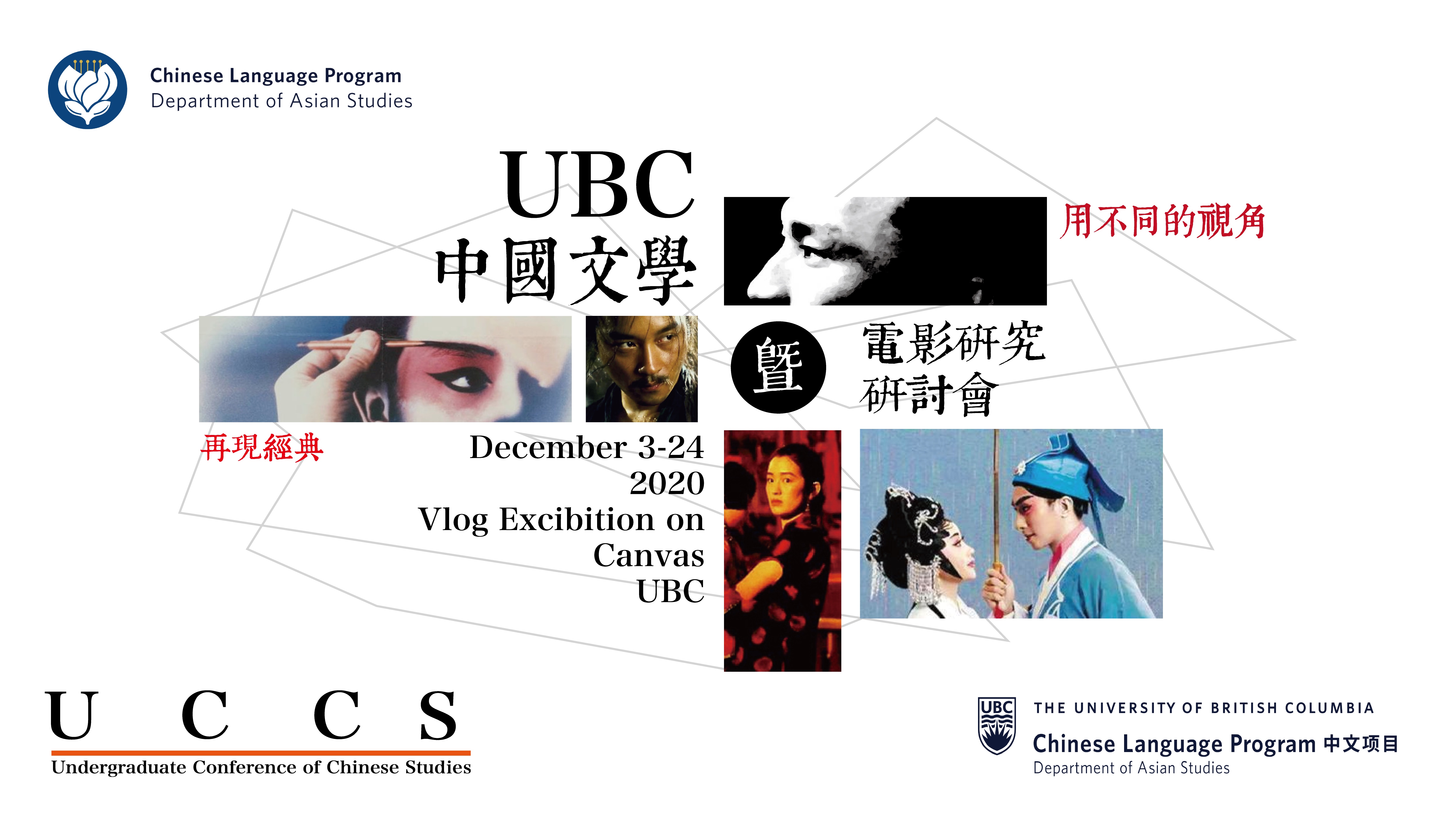