To all Asian Studies Staff, Students, Faculty, Alumni and Friends:

My tenure as your Head of Department ends officially at 5PM on Tuesday June 30, and what a bittersweet moment it was!

Back when I was promoted to Full Professor in 2007, I had half assumed that I might have to serve in this capacity for at least a few years at some point, but little did I know that it would happen so soon or last so long… I started my first term on July 1 2008, so by the time you factor in the two Administrative Leaves I had along the way (with thanks again to Harjot Oberoi and Joshua Mostow for holding down the fort as Acting Head during those leaves), it has been 12 years of flying the flag for our Department and struggling to keep my daily email Inbox under control. 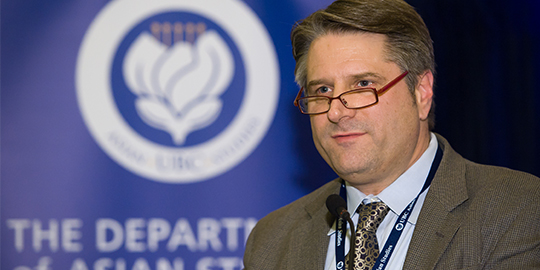 As the old saying goes, you can’t keep all the people happy all the time, and given some of my personality shortcomings, there may have been times along the way when I either disappointed, offended or annoyed many of you in some way. Perhaps even multiple times. If so, I can only ask your forgiveness.

And I want to thank you all for your patience, forbearance and support. There is no training in the world that can adequately prepare a person to serve as Head of Department. You only learn it by doing it, and by screwing up many times along the way. In my own case, I felt like it took the first four years just to learn the job. So I happily accepted another four years, if only to recoup my sunk investment. But as these last two years wrap up, I am now keen to get back to numerous stalled research projects (and trying to get my weight and blood pressure down…).

I could not have survived without the constant assistance, inspiration and encouragement of two amazing women: my wife Hyoshin Kim, and our indefatigable Department Administrator, Maija Norman. Thank you both!

Everybody else in the Department has also been fantastically helpful and supportive, and while some of my original hopes and dreams for the Department soon proved to be naïve and over-ambitious, I think the Department is nonetheless in a much better place now than it was in 2008.

So at the risk of boring you all, let me recount some of the accomplishments dearest to my heart, and finish with some challenges for the future, building on a short document I was asked to prepare for the search committee convened to select our new Head last fall. 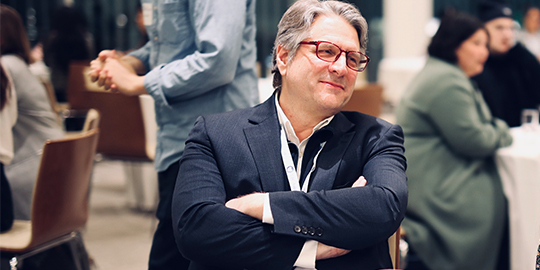 Most of us are happy to be in Asian Studies!

As I mentioned before, you can’t make everybody happy all the time, but the mood overall in the Department seems much better than before. Indeed, some colleagues have sought us out as their new home, and it has been a pleasure to welcome Sunera Thobani, Rumee Ahmed, Tsering Shakya and Hyung Gu Lynn into the Department, along with (finally!) the other 50% of Jessica Main that should have been with us from the get-go.

I love our tea flower logo and would like to think that our Department now has a decent brand, as it were. 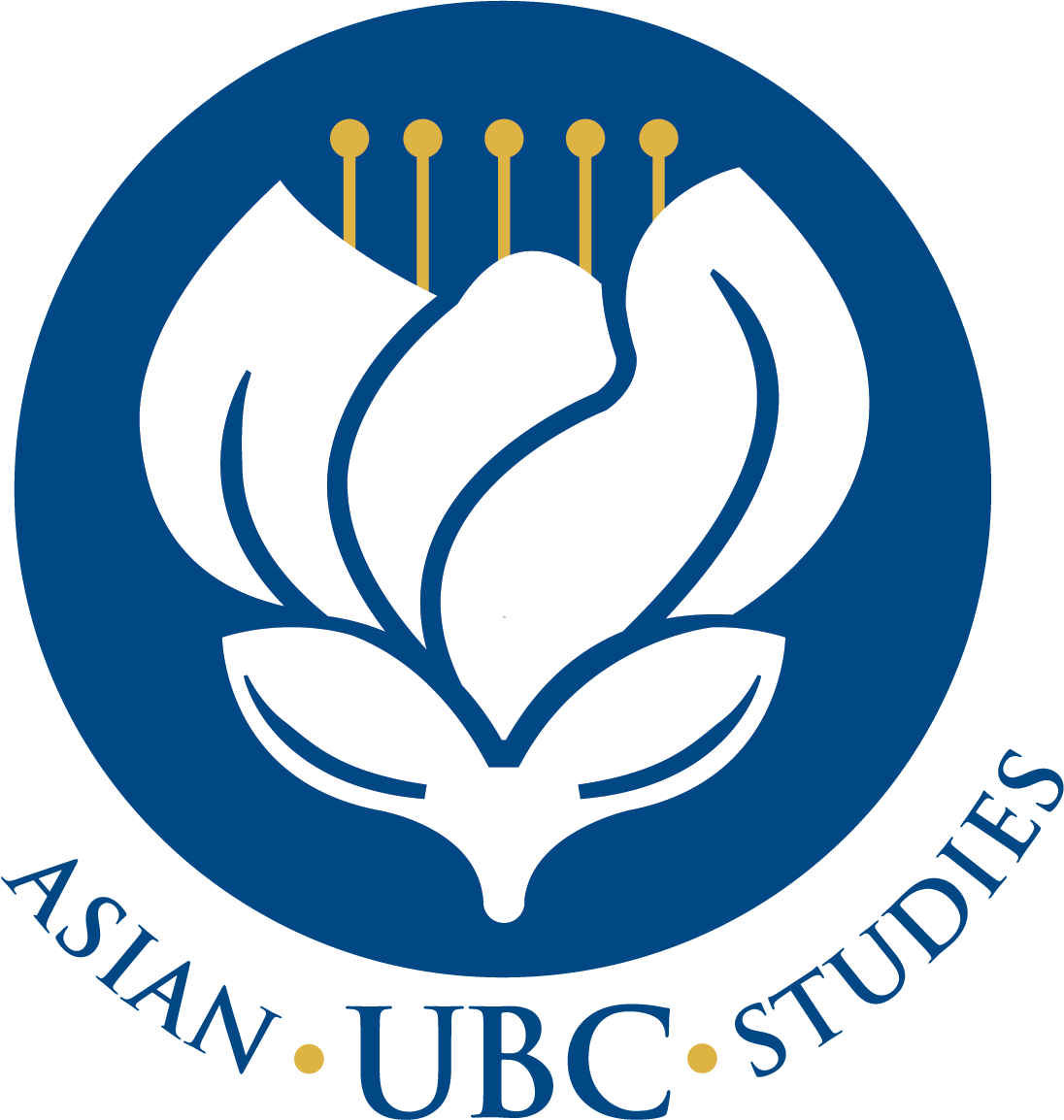 Although most tenure-stream faculty rarely see, or need (or want) to concern themselves with the inner workings of the language programs and the complexities of managing the nearly 30 full-time lecturers plus TAs (and occasional Sessional Lecturer) involved in teaching just over half of all our enrollments, I daresay the greatest pedagogical accomplishments over the past 12 years have been precisely in this area.

Early on, and with the help of the Dean’s Office, we were a pioneer unit in converting Sessionals to “12-Month Lecturers” and then just “Lecturers,” thereby improving working conditions for colleagues in this rank and also clarifying their service obligations. A huge amount of toil has gone into clarifying the roles and responsibilities of Lecturers and improving their jobs. As of March of this year, we are able to boast, for the first time in the Department’s history, that every single Lecturer in the Department has their job through an open, competitive and international search. We have an excellent team of Lecturers! Moreover, in the case of the CHIN and JAPN programs, Rebecca Chau and Qian Wang have worked tirelessly to revamp the curriculum, course numbering and overall structure of both the CHIN and JAPN programs. The recently hired new Assistant Professors in the Educational Leadership Stream in both programs have added vital additional leadership capacity where earlier one lone, overworked Instructor was in charge of gargantuan programs which, in sister programs at peer institutions a fraction the size, are run by entire teams of tenure-track professionals. These recent hires and new teams are already transforming our CHIN and JAPN programs. Another major change and accomplishment has been the significant upgrade in the overall integrity of the CHIN program, especially the courses taught to heritage learners and native speakers—thanks again to sustained attention to personnel, curriculum, innovation in and vigilance over placement protocols, etc. 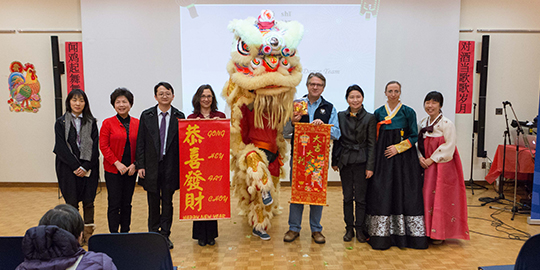 We have also recently hired tenure-stream Assistant Professors of Teaching in HINU and PERS (with Modern Standard Arabic just around the corner), and we have revived Tibetan teaching, and added Cantonese, Persian and Nepali. May they continue to grow and thrive!

Through a happy combination of planning and serendipity, the Department has been able to revitalize some of its South Asia-related teaching and research by taking an ‘Islamic and Persianate’ pivot. This began with the ongoing efforts toward a pair of tenure-track positions in Persian Language (Hessam Dehghani just hired) and Persian Literature (research stream—still an aspiration); my work with friends and supporters among our impressive Iranian communities at UBC and in Vancouver has been one of the most rewarding aspects of the past decade for me personally. This new pivot has been reinforced by the hiring of Naveena Naqvi, Hasan Siddiqui, and Sunil Bhatt, and further bolstered by the addition of Sunera Thobani and Rumee Ahmed. An additional growth area has been East Asian popular culture and media, as well as premodern literature where the hires of Renren Yang (Chinese popular culture) Colleen Laird (Japanese popular culture and film) and Kay Duffy (premodern Sinitic poetry) add to current strengths.

There is much to boast of around Buddhist Studies, with generous funding coming in from the Robert HN Ho Family Foundation, Tianzhu, Glorisun, the Sheng Yen Education Foundation, and Khyentse Foundation (among others), and continued student demand. Many thanks to Jinhua Chen, Jessica Main, Tsering Shakya, and their teams for their continued excellence in these areas.

Our enrollments have grown an average 8~12% per year every year for the past decade, and while they seem to be levelling off a bit now (and COVID-19 adds a new layer of uncertainty), they are unlikely to decline. The most recent data suggest that changes to course numbering and curricular design are now leading to increased numbers of majors and minors. The challenge is to maintain this latter trend.

Until relatively recently, our Department was poorly served by UBC’s Development regime. But despite many missed opportunities and dropped balls, Asian Studies has fared comparatively well—thanks in no small part to colleagues taking the initiative themselves. I have not added it all up, but the Department has brought in well over ten million dollars over the last decade, and could do even better, if a) UBC higher leadership gave Asia the priority it deserves, b) if AS were given unfettered access to dedicated Asia-qualified human resources in the Development area, and c) one or more colleagues inside the Department devoted part of their time to it as part of their service duties.

I can’t take credit for hiring Maija, but we are truly blessed with a brilliant Administrator who hires and retains excellent office staff. Not every department is as fortunate.

We are a much bigger department than we were in 2008 when I became Head; on many counts we are one of the largest departments in Arts now. So much so that in recent years I have felt like the proverbial frog boiling to death in the saucepan. That is, I have become inured to the increased growth and work load, but Sharalyn as new Head will need a more robust administrative structure around her to maintain sanity and stay on top of it all. Let’s all be nice to her!

The flight and/or ‘decanting’ of colleagues with relevant Asia-related expertise in other units to Asian Studies has meant significant unplanned growth for us at a time when managing even planned growth has been challenging. The growth in Tibetan and South Asian/Persianate Studies brings with it the challenge of growing areas that, frankly speaking, cannot be expected to generate the same levels of student interest and enrollments as East Asian topics (this is true for both language and content courses). At some point, unless perhaps a separate ‘K-factor’ can be worked out for South Asian and Himalayan teaching, resentment could grow on both sides: South Asianists and Himalayanists will resent the constant pressure to match the numbers of their East Asianist colleagues, and East Asianists will resent having to ‘carry’ their colleagues in less popular fields (though it should always be remembered that our student numbers even in these ‘less popular’ fields are as good as or better than the same fields at other institutions). 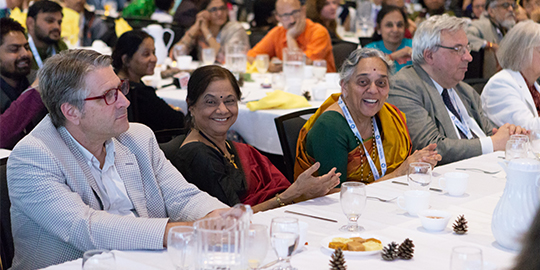 While overall our PhD program has an excellent record, graduate funding has emerged as a serious challenge to the future of the Department. Because of our excellent faculty resources, we end up contending with the very best programs in the USA for students, but ultimately are unable to compete in dollar terms. Graduate funding needs to be our top priority for fundraising for the foreseeable future, unless we are to devolve into an MA-focused program feeding top US schools.

I have resisted the temptation to advocate for growth in Korean Studies during my tenure as Head because of the potentially bad optics of a Koreanist Head lobbying for funds for Korean Studies. But because no East Asia program can claim excellence any more without strong Korean Studies, the Department will still need to use at least one upcoming retirement line to shore up Korean Studies and honor our current hiring priorities. Don Baker, Bruce Fulton, and Insun Lee all occupy ‘endowed’ positions that are chronically under-funded (though no longer under-water), and the future of those lines has weighed heavily on us for some years, but we have recently secured from the Dean’s Office a guarantee of continued core funding for these positions after their incumbents retire. Currently ‘Modern Korean Popular Culture and/or Film’ is no. 2 on our list of hiring priorities, just below Hong Kong Studies. Demand for Korean language courses has also risen to the point where we need a second Lecturer. It was thus demoralizing to see the Asian Library recently downgrade the Korean Librarian position from 100% to just 50%. The Asian Library has its challenges too.

Finally, with the COVID-19 pandemic taking over our lives in March and exposing so many deep-rooted inequities, and with the painful reminders of racial violence and racial injustice entrenched in our institutions highlighted by the deaths of Black and Indigenous people at the hands of police in Canada and the US and ensuing protests, we need to work together to find meaningful and transformative actions that we can take to make things better, starting with our own Department.

Well—that was longer than anticipated, but it has been a long 12 years since 2008. Thank you all once again—we are a great department and it has been my pride, honor and pleasure to serve as your Head. 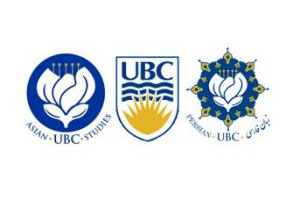 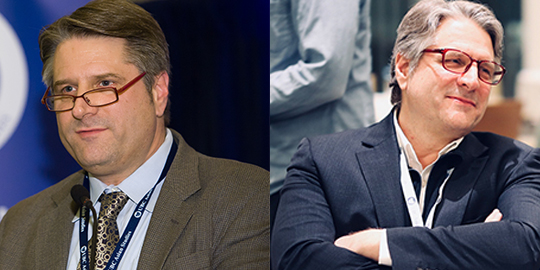