Under the theme of “Mandarin as a Bridge, the World as One Family,” the 2021 Chinese Bridge Mandarin Speech Contest successfully took place online on May 4th. This year, the contestants virtually gathered together to think about how the Winter Olympics in the upcoming year will provide a precious opportunity for everyone in the global community to connect with each other. Erin Masters and Alex Doonaco, two students who represented UBC in the speech contest, successfully won first and second place respectively. Erin is further nominated to represent the BC Province to participate in the next round of the contest. Both winners have shared with the Chinese Language Program (CLP) their unique Mandarin learning experience and highlighted how learning a language creates invaluable opportunities to establish genuine and personal relationships with people from different cultural backgrounds. All these, they emphasize, contribute to the formation of a global family. 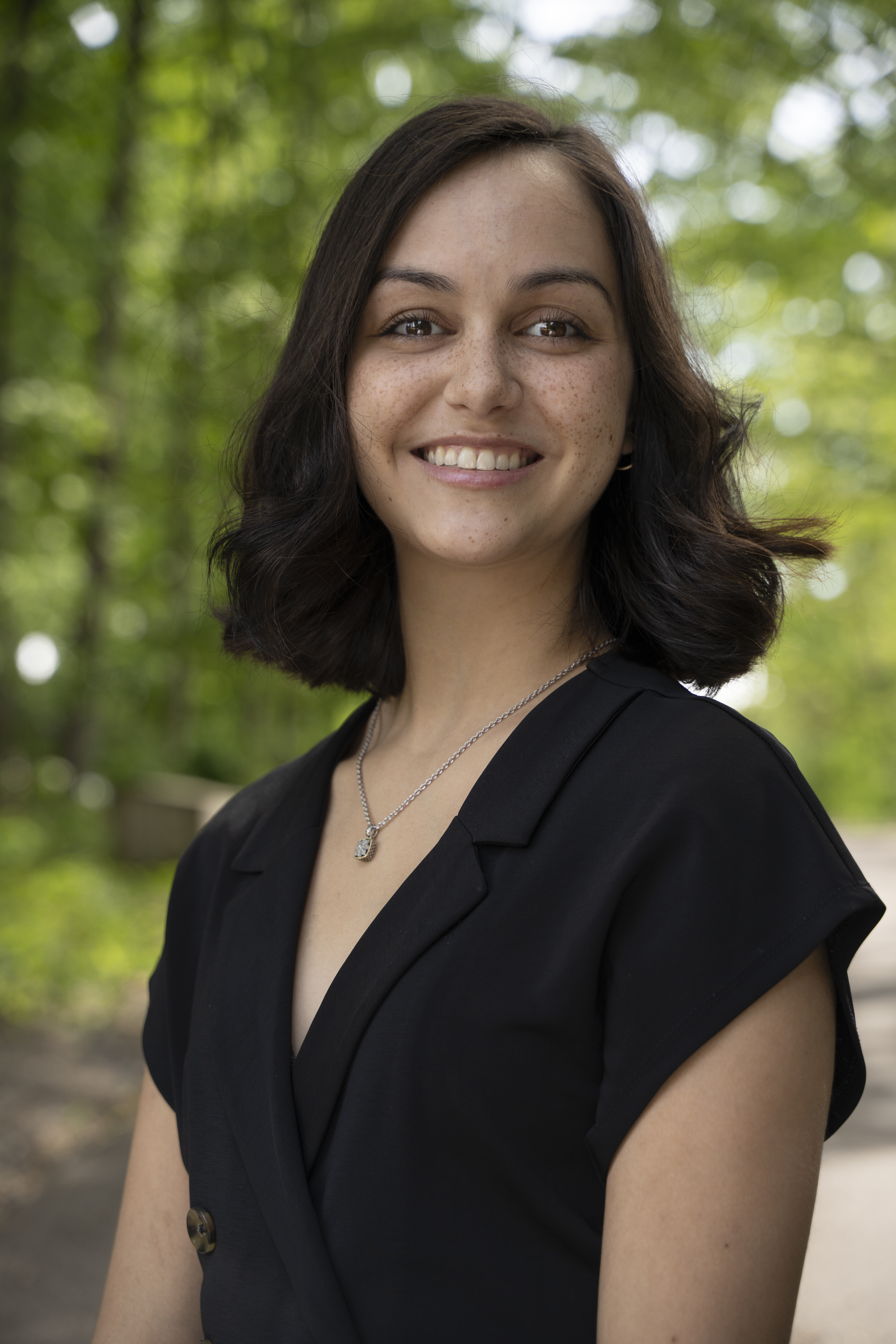 “My background is quite mixed, but I don’t have any East Asian roots, which just makes me even more curious to learn about a culture so different from the ones I have grown up with.”

Erin, a recent UBC graduate who majored in Asian Area Studies, has always been fascinated with languages and cultures. When moving from Montreal to Vancouver for school, she found the diverse city an ideal environment for immersive learning. Despite initially taking a Chinese course as a fun challenge, this decision ultimately determined her major in university. On the other hand, Alex will be graduating in December with a degree in Economics and Philosophy with a secondary specialization in Chinese. He realized from very early on that language learning served as an important way of communicating and empathizing with people from different cultural backgrounds. Alex decided to take Chinese classes to better understand the difficulties which Chinese communities face in order to learn English in a western environment. Although Erin and Alex had different motivations to start learning Chinese, they both cultivated immense interest in Chinese language and culture as they furthered their Chinese education at UBC. 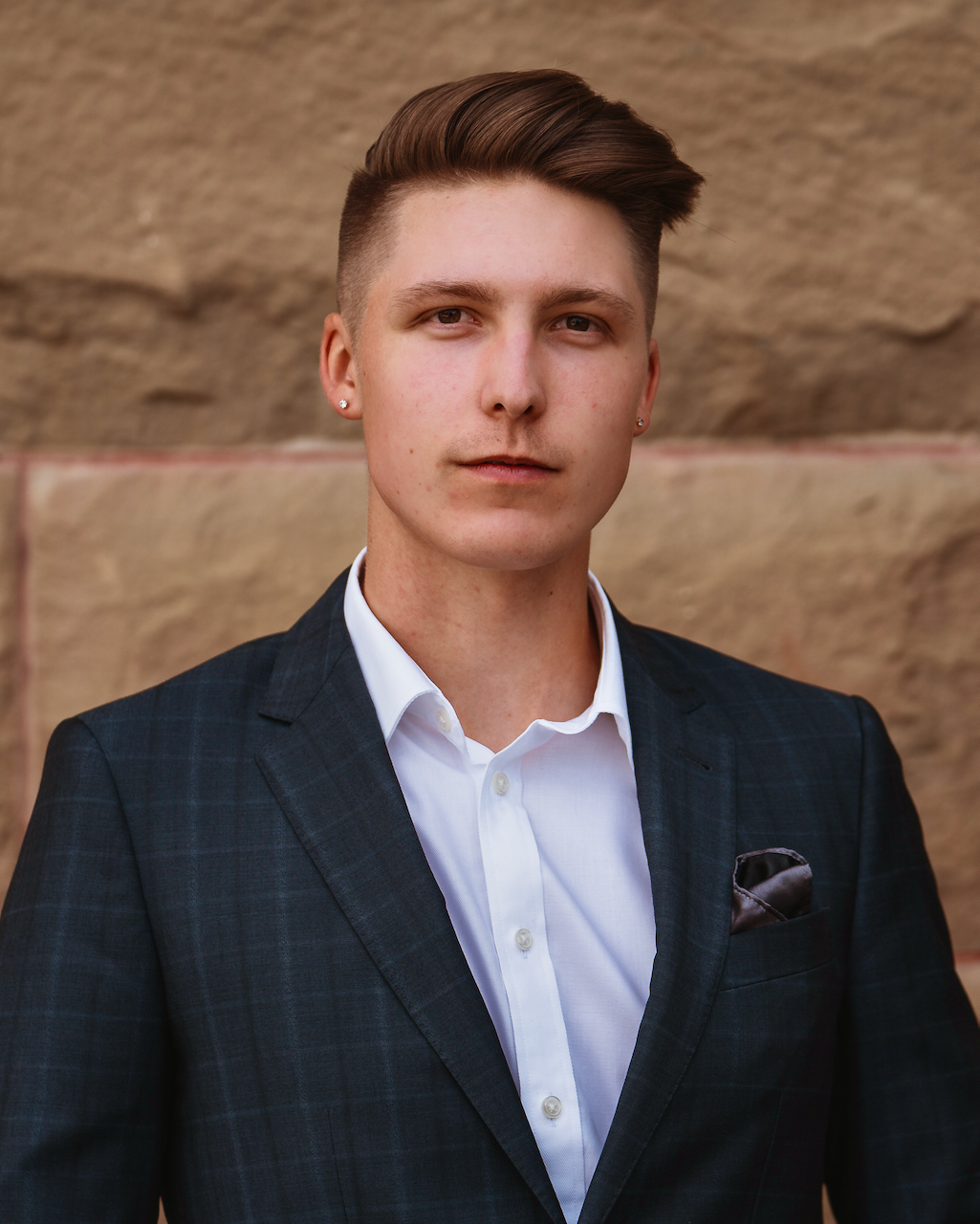 “I want to alleviate the stress and anxiety other people experience when they are trying to communicate with natives in a foreign language by first making an effort to understand what that experience is like firsthand; ultimately, this is what influenced me to start learning Chinese.”

Alex Doonanco, a UBC student majoring in a combined Economics and Philosophy program, with Chinese as a secondary specialization

Through the courses of the CLP at UBC, both contestants have significantly deepened their understanding of Mandarin and its cultural implications and subtleties. Upon learning about the speech contest from their instructors, both Erin and Alex were eager to continue polishing their Mandarin and advance their cultural proficiency via this prestigious platform.

“The support from the (Chinese Language) Program also helped me gain a lot more confidence to cross the line of language learning into the next phase of becoming properly proficient in a variety of scenarios. … I had everything to owe to the UBC Chinese Language Program that has given me such a supportive community.”

During the speech contest, both contestants addressed the theme “The Winter Olympics and Me” by drawing on their Mandarin learning experience and performance talents. Erin’s speech revolved around a climbing trip to Mount Tai on a Christmas Eve during her two-term co-op work experience in China. “There were only a handful of people on the mountain, and it was bitterly cold,” Erin recalled, “but I experienced the warmest hospitality, built a long-lasting friendship and made memories I will cherish forever.” In addition, she sang and danced to the song “Wǒ Hé Nǐ” (“我和你”), the official theme song of the 2008 Beijing Olympic Games that represents international unity.

“The theme of the contest was ‘The Winter Olympics and Me’, and the first thing that came to mind was how people from all over the world meet in some of the coldest places to share culture, experience great hospitality and make friends.”

On the other hand, Alex demonstrated his musical talent by playing the trumpet, which, according to him, symbolized the importance of music to his language learning. Indeed, he emphasized how his musical talent enabled him to quickly pick up the tones in Mandarin. Furthermore, Alex’s speech was centred on the notion of globalization and drew on his observation of and reflection on the 2010 Vancouver Winter Olympic Games. He recalled that “There were not a lot of Canadian flags at the event, but I saw flags from all over the world instead. I understood that they were not only cheering for Canada, but also for their home country. This multiculturalism within Canada led me to believe that ultimate relationships between nations stem from relationships between people, and this is cultivated by appreciating each other and celebrating each other’s differences.”

“Good relationships between people ultimately set the stage for more positive relationships between nations, and I believe we should use the upcoming Olympics as an opportunity to appreciate each other person to person. Especially in the light of Stop Asian Hate, I think we need to understand that people are not their country, and the Olympics provides this space to view people as people, to not associate them with their state alone.”

When preparing for the speech contest, the two contestants discovered new facets of the Mandarin language. Erin vividly felt the improvement of her writing skills through the process of multiple revisions of her speech drafts. She deeply appreciates the insightful input and patient guidance of her dedicated teacher Lu laoshi, who devoted a lot of time to the refinement of the speech draft and discussed the editing suggestions with Erin in Mandarin. During the preparation process, the poetic aspects inherent in Mandarin increasingly stood out to Alex. In his own words, “I have become more aware of the poetic elements in the Chinese language that allow you to convey a much deeper meaning than saying things directly in English. Using idioms to describe feelings, to describe the atmosphere, there’s a richness to it. Mandarin is amazing because you can say profound things with great precision and conciseness; what you can say with 4 Chinese characters can’t compare to anything else.” Alex also focused on thematically-based writing training on such topics as economics and philosophy and hosted some speech events, which contributed greatly to his preparation for the speech contest.

Upon further reflection, both contestants agree that learning Mandarin has exerted significant influences on their learning experience, University life, and career goals at large. Erin noted that the experience of learning Mandarin prompted her to seek work in the higher education section that will enable her to further hone in on her language skills and international communicative capabilities. Alex stated that learning Mandarin has changed his way of thinking and helped not only to develop his linguistic skills but also sharpened his logical thought. He also highlighted how Mandarin learning enabled him to quickly become part of other cultural communities and gain a sense of belonging.

“I originally chose to learn Mandarin as a fun challenge while I was in University, but that choice steered me toward a degree in Asian Area Studies, gave me the idea to take a Co-op job in China, and ultimately directed my entire University experience.”

“Learning Mandarin helps me realize my ultimate goal: to have ‘homes’ all over the world. This means to have deep connections and genuine friendships in different places, with different people.”

Erin and Alex both think that the speech contest has considerably broadened their horizons, and they are eager to embark on future journeys that will enhance their Mandarin. Not only is Erin thankful to the dedicated faculty of the Chinese Language Program for their whole-hearted support, but she is also grateful for all the connections she has made through the contest. She is confident that the established relationships will greatly facilitate her career development. She cannot wait to return to China to travel after the pandemic and re-experience the excitement brought about by a different linguistic and cultural environment. Through the contest, Alex was able to realize his great potential for advancing his Mandarin level and feels that his hard work has been recognized, which in turn motivates him to learn more about the Chinese language and culture. Thanks to his Mandarin proficiency, Alex is currently working for the Canadian Ecosystem Institute, where he navigates public relations and provides consulting advice for Canadian companies trying to enter the Chinese market, and vice versa. His position enables him to work with people from all over the world in both English and Chinese, with the ultimate goal of understanding and bridging the cultural divide between Canada and China. His Mandarin skills make him, to use his own words, “feel a lot at home.”

The significant achievements of Erin and Alex are inseparable from both their dedication to Mandarin learning and the endeavors of their instructors from the Chinese Language Program. The contestants’ successes have vividly demonstrated the life changing influence of learning a new language and culture. Understanding Mandarin, as exemplified by their experience, will greatly broaden one’s horizon and contribute to career development in this increasingly globalized world. 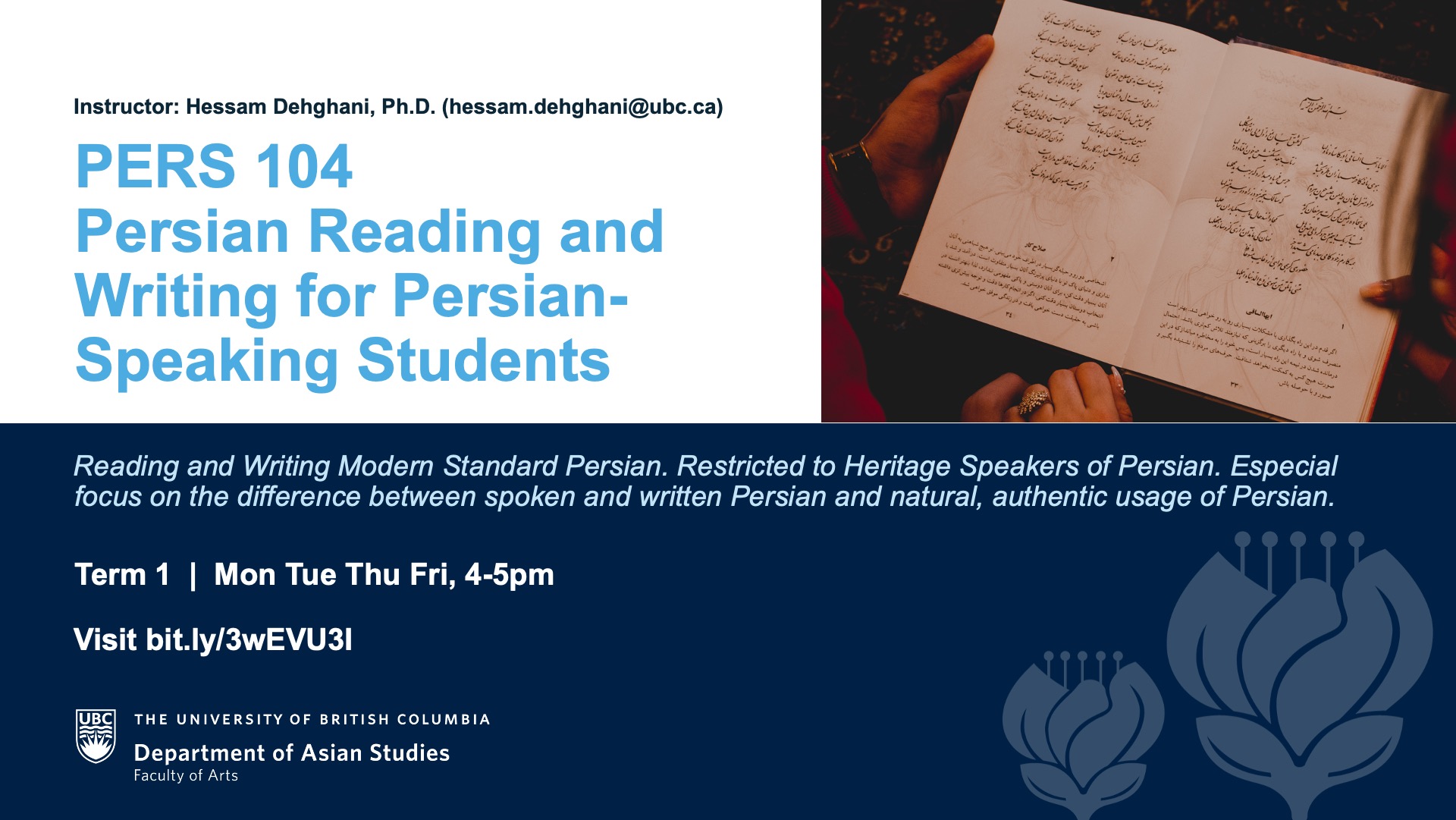 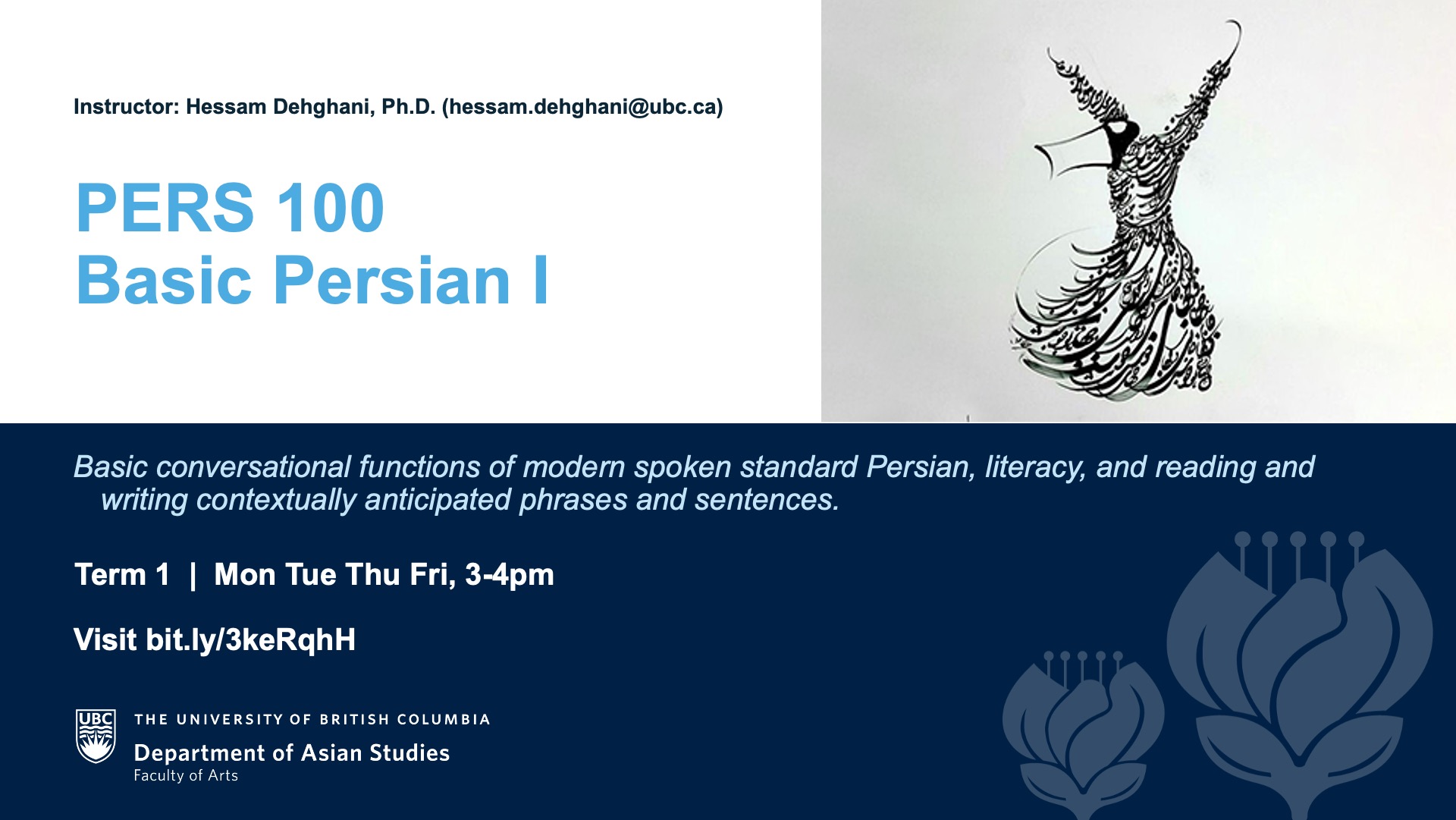 New entry about Buddhism in Bhutan in the Database of Religious History (DRH) by Dr. Dagmar Schwerk 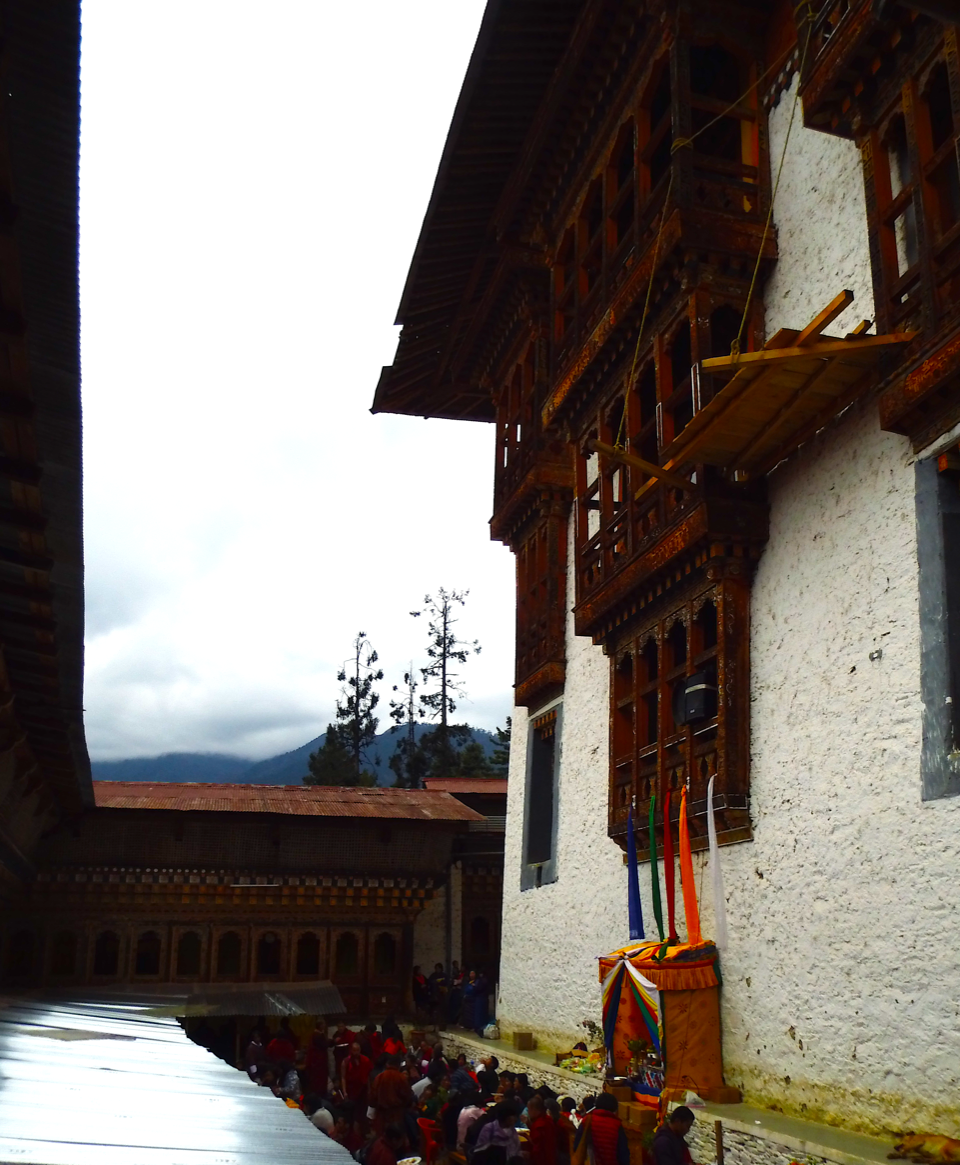