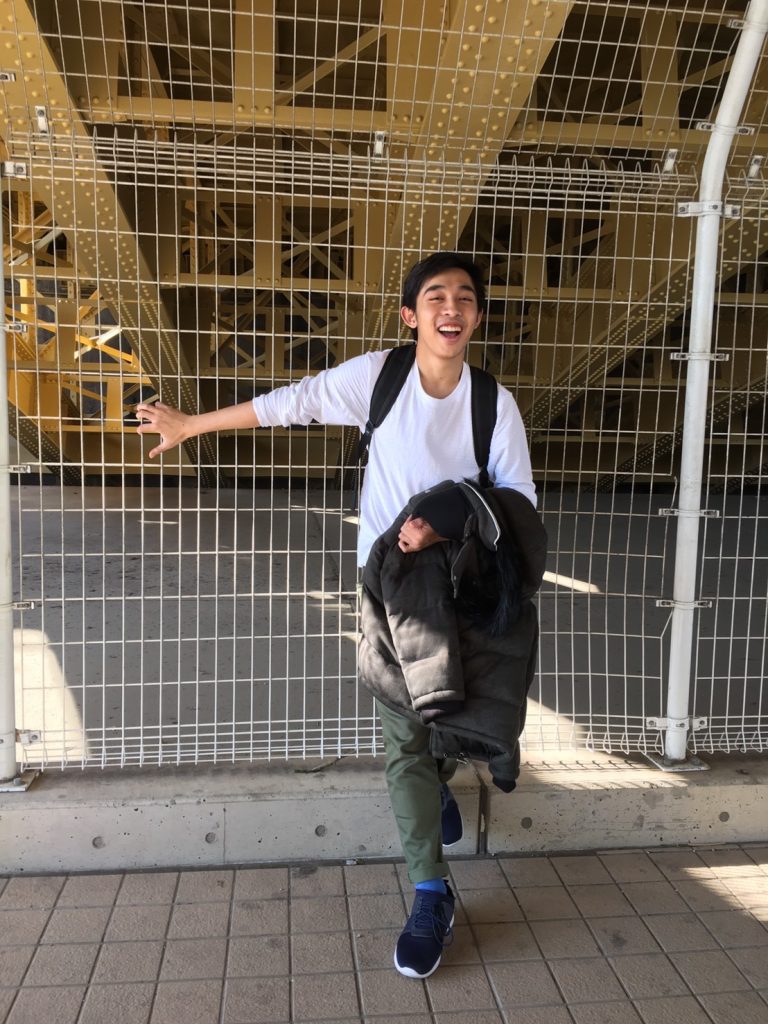 Tell us about yourself and why you want to study Asian languages and culture?

My name is Elliott Cheung, and I’m a fourth-year Honours student in Asian Language and Culture (Japan), minoring in Asian Canadian and Asian Migration Studies. My family is from Hong Kong, and I lived there myself for about 5 years. My time living in Asia significantly impacted me and who I became, and I view my study of the history and culture of the region as a sort of reclamation of my own identity, heritage, and past.

What university and city did you go to on exchange to and why did you choose to go there?

I was in Tokyo, Japan at Keio University. I chose this university for its history as the first establishment of higher learning in Japan, and its strong academic reputation thereby. It was established in 1858 by Fukuzawa Yukichi, who, not coincidentally, is on the 10000 yen bill! Plus, the Mita campus, where you’ll likely study, is in a great location downtown, about 20 minutes’ walk from the Tokyo Tower. And I chose Tokyo, also, because of its history and culture as the capital of modern Japan and the main intersection point between Japan and the world.

How did going abroad help you achieve your goals (personal, academic, professional, etc)?

Studying in Japan had been a pipe dream of mine ever since I began studying Japanese at a young age. Aside from the experience – living in Tokyo, making friends from Japan – it also refined my language skills in terms of helping my brain become accustomed to using the language at a constant pace and in varying registers of usage. Additionally, studying alongside Japanese students and at a prestigious domestic university gives me an advantage when it comes to applying for Japanese companies. 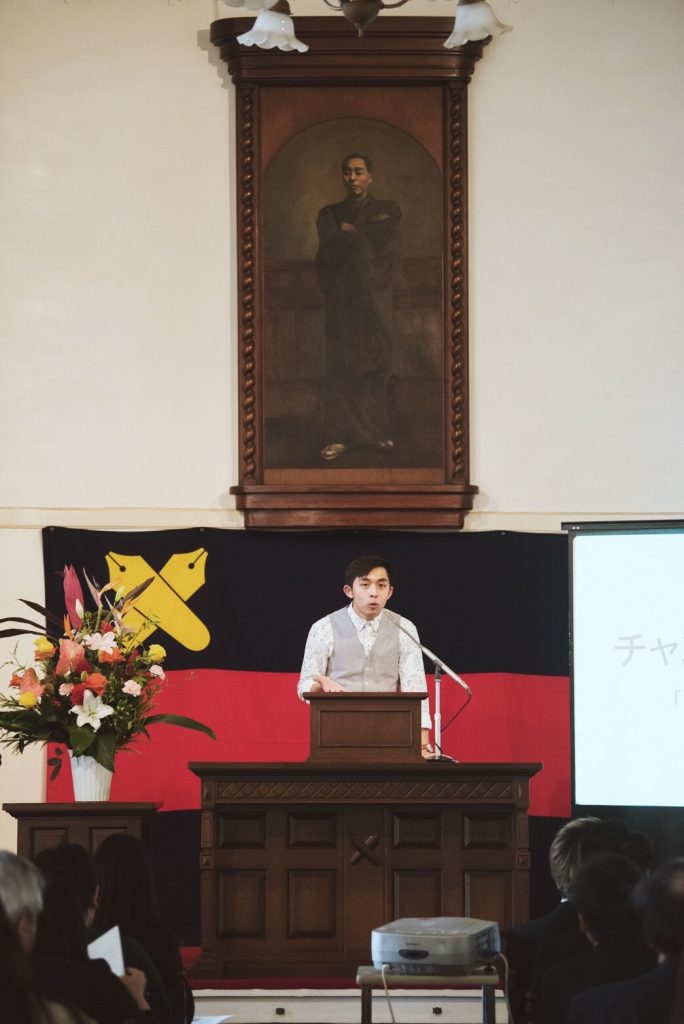 At the International Students’ Japanese Speech Contest, in the Lecture Hall under a portrait of Fukusawa Yukichi, the founder of Keio University

Tell us about your favourite experience on exchange.

My family and I are huge Disney fans, and one thing we decided had to be done was to get an annual pass at the Tokyo Disney parks, even though I was only there for six months. Aside from begging every single one of my friends to go with me, several times at that, there was something so special about going to the parks after classes, like Disneyland was our regular hangout place. Everything about the parks is top-notch, and I’m so glad to have been able to share that experience with my schoolmates.

What was the best thing you ate?

The exchange student’s essential diet consists of curry and ramen, most often from the school cafeteria, which offers outrageously cheap, delicious food. However, my most delicious meals were the ones spent with friends – whether we were bickering over shabu shabu, having deep conversations at a family restaurant, or stuffing ourselves at conveyor belt sushi.

What course did you enjoy the most and why?

I deeply appreciated my course on the History of Japanese Vocabulary from Dr. Tanaka Makiro, who is an outstanding and detailed lecturer, and serves on the committee for the prestigious annual Buzzword Awards. This was a fairly self-motivated and rigorous course where students used linguistic corpus data to trace the evolution of a particular word or concept through centuries of Japanese literature. Dr. Tanaka was intensely supportive and gave wonderful feedback, especially to an exchange student like myself who at times struggled to keep up with the Japanese students. 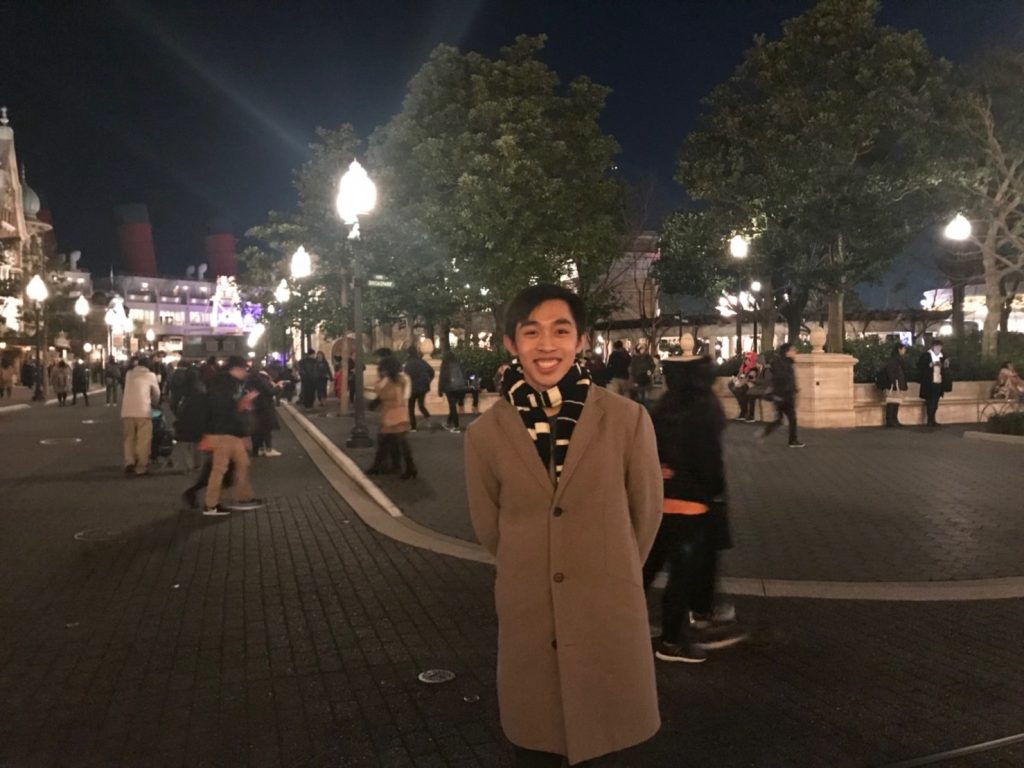 What did you do to immerse yourself and improve your knowledge of the culture and language?

I spent a lot of time at bookstores – I’m an avid reader and I absolutely admire the book culture in Japan. Paperbacks are regularly published, outrageously cheap, and you’ll see many people on the subway with their noses shoved into one. As well, I joined an international church in Tokyo that ran bilingually in English and Japanese, and aside from making some of my closest friends, had the chance to do some simultaneous interpretation both ways!

What was your greatest culture shock? What parts of the culture did you most appreciate?

I remember at the beginning being amazed by all the things a visitor to Japan is first astounded by – the organized chaos of rush hours, the convenience stores, the vending machines, all of it. However, I was also disappointed at myself for not being able to assimilate smoothly right away, despite my many years of study. Though it was difficult at first, I was eventually won over by the care and dedication of those around me, who never hesitated to take me out exploring or talk things over when I was down. In the end, it was that spirit of persistence and attention to detail that impressed me the most, and that’s something you’d be hard-pressed to find elsewhere.

As an Asian Studies student, did you feel more prepared for this exchange?

I definitely was able to overcome a lot more boundaries with tact and sensitivity because of my training in Asian Studies. Aside from language competencies, I had more things to talk about with local students because of the things I had studied, and I knew better how to interact with them and with my instructors because of my experience with the instructors back at UBC. Shoutout to Kim-sensei for her intense thought and elocution training in Japanese – I would not have been so successful without that experience. 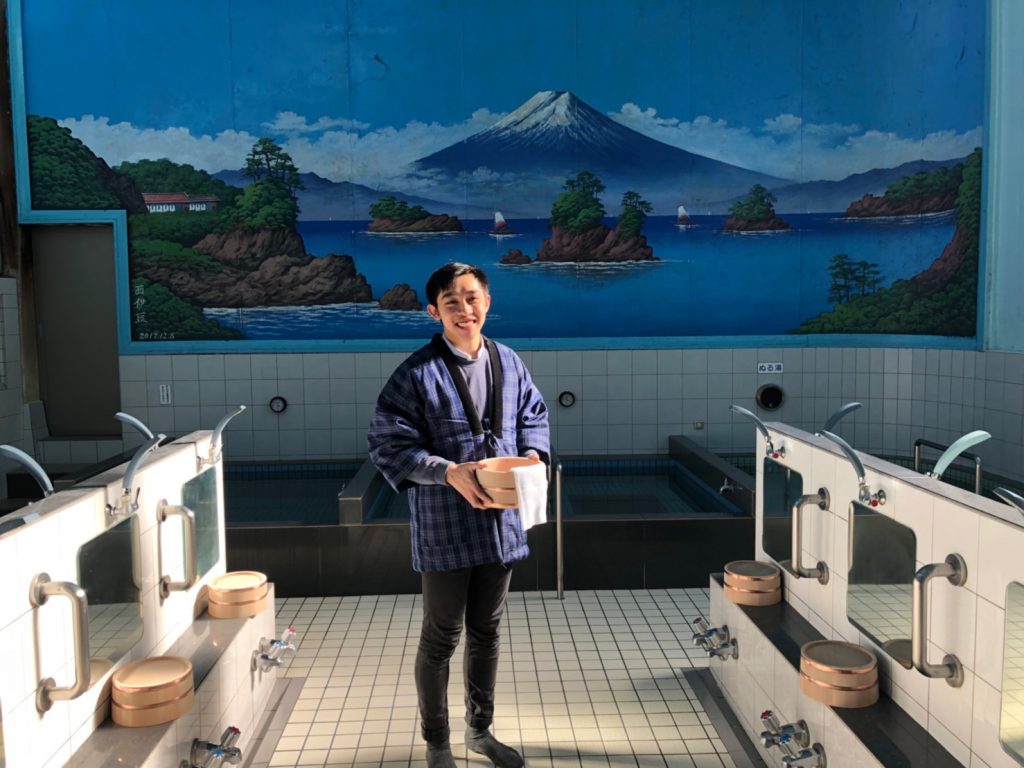 At a sento (public bath) for a school photo shoot

What are 3 must-have items that you brought and was there anything you wish you had brought?

To be honest, you will be able to buy things in Japan you didn’t think you needed. Rather, if I could talk about things you should make sure to bring back – as an avid reader I appreciated the erasable pens and sticky tab dispensers I have not found anywhere else. The pens write super well and come in a variety of designs. I also like to collect clear folders from the different places I’ve been to – they always sell them and they come in a variety of designs, and are cheap and practical. In terms of things to bring from home, things that root you in your identity at home are always helpful – whether it’s a favourite book written in English, a non-perishable snack, or a favourite outfit. And take care to bring enough clothes for the change of seasons – as fashion-forward as Japan is, you can’t replace your entire wardrobe of heavy winter coats.

3 Tips you would give a UBC student who is going to your partner university on exchange.

First: As antithetical as it sounds, hang out with your UBC friends. We were only able to meet up as a group once, and somehow we foresaw we wouldn’t be able to hang out again, because there’s so much to do in Tokyo and so many things to grab your attention! (Not to mention all the events that the international clubs plan.) Seeing friends from home and discussing your experiences together can help you process the tremendous growth you’re bound to experience.

Second: Don’t be afraid to make the first move. The Japanese tend not to impose on others, which is why they oftentimes are mistaken as shy. However, if you tactfully take the first step and initiate the conversation, you get a feel for who they are as people and how personable and lively they actually can be. Hierarchical relationships ought to be respected, and it takes longer for them to warm to people than Canadians might. But as a foreigner, you get a little bit of leeway, too.

Third: Slow down, and go with the flow. Whether it’s a spontaneous night walk across downtown and around the Imperial Palace, or finding that you actually MISS the insanity of the morning rush, there are so many experiences and feelings you definitely will not expect. So many things are happening in so little time – confide in someone, but also make sure you have time for yourself to plan, wander, and discover. 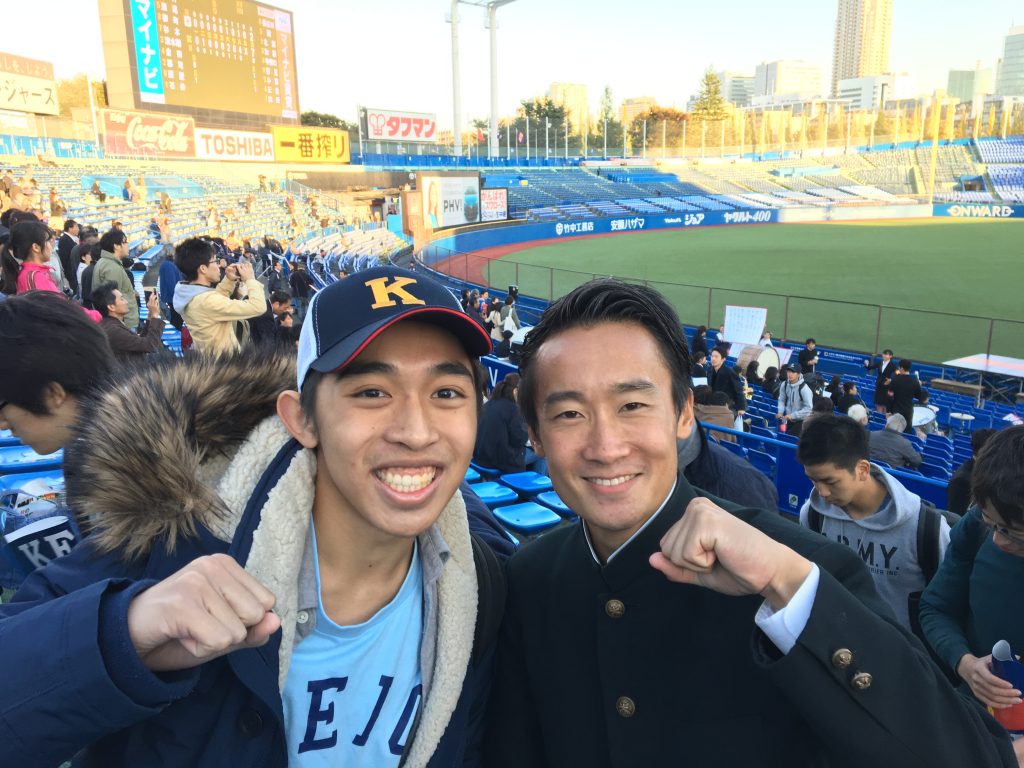 Are there any experiences or things you regret not doing while on exchange?

I wish that I had worked and built more professional connections. I thought that spending my time joining clubs and reading books would be a more constructive use of my single-term experience, and I’m not saying it wasn’t beneficial in other ways – but being part of the work culture and expectations for myself would have given me more guidance in terms of future career planning. 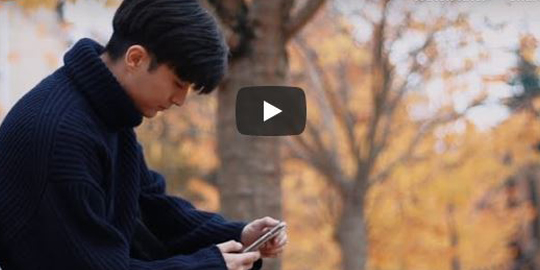 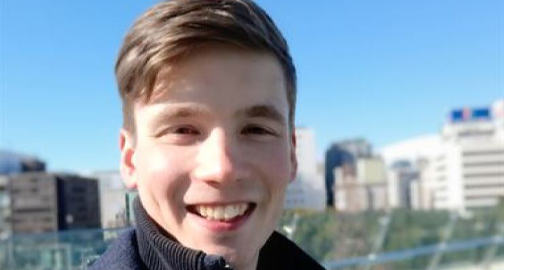