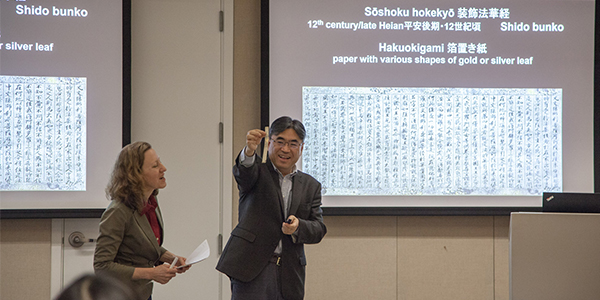 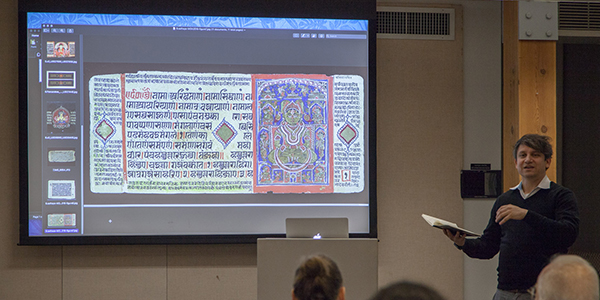 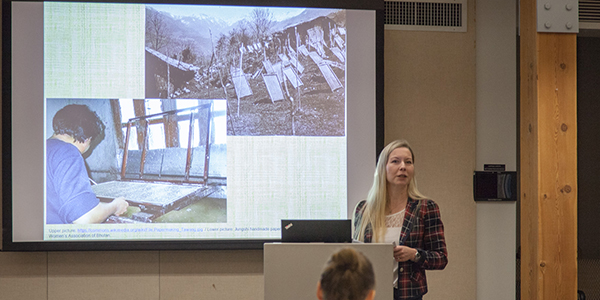 Dr. Dagmar Schwerk introduced main components of Tibetan paper also in comparison to Japanese paper, different techniques of manually producing paper in Tibet and Bhutan, and the development of several book formats. She further discussed how the meaning of scripture as the embodiment of the “Buddha’s Speech” has significantly influenced the material aspects and design of books and the respective massive production of manuscripts and block prints in the Tibetan cultural area. 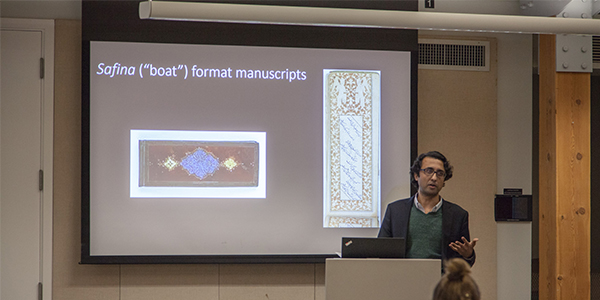 Dr. Hasan Siddiqui talked about paper and binding in India under the Mughal empire (16th-18th centuries). He discussed how the use of a couple of different, popular styles of decorated paper from the period was influenced by styles developed in other parts of the world.

The event was sponsored by the Japan Society for the Promotion of Science and the UBC Centre for Asian Research. 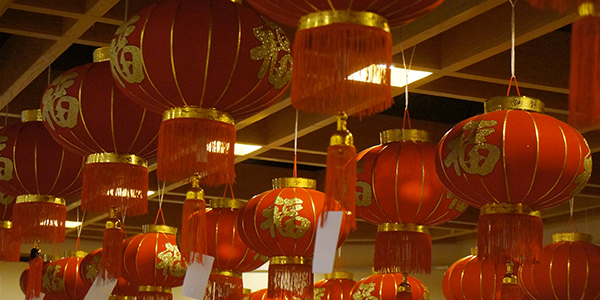 Faculty, In The Media, Students 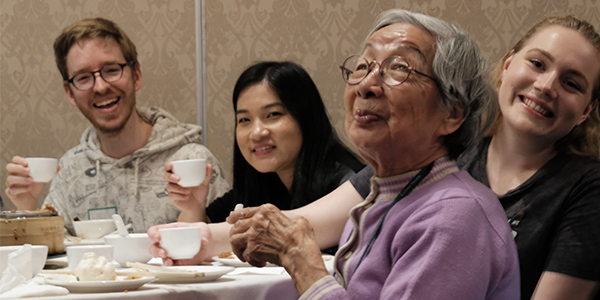