Lecture: A Dialogue Between Cultures: Confucian Philosophy and Deweyan Pragmatism

Arguably the most important relationship at the beginning of the 21st century is between Europe and North America, and a rapidly growing China. Given that China is home to nearly one-quarter of the world’s population, the importance of this relationship extends far beyond mutual economic interests. The question is: how can these two profoundly different civilizations come to know each other better?

Relationships emerge from a process of relating to each other productively, that is, from effective communication. For such a discourse to be effective, it requires an overlapping, if not common, vocabulary.

Over the past few years, Professor Ames has revisited the traditions of American philosophy from Jonathan Edwards and Ralph Waldo Emerson to William James and John Dewey—inspired to do so by productive resonances he has found between the traditional Confucian sensibilities of the Sinitic world and indigenous Western philosophy. These resonances provide us with language that we can appeal to in introducing Confucian philosophy to the Western academy, and also with an external perspective from which to examine the presuppositions of our own worldview and commonsense.

Given the delicate historical relationship between the West and China, Professor Ames will argue that within Western philosophy, pragmatism may serve as the vocabulary for positive dialogue between these cultures at a time when such conversation is imperative. 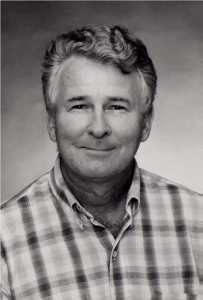 Dr. Roger T. Ames of the University of Hawai’i.

Roger T. Ames (UBC BA’70, UBC MA’73, PhD’78 U of London) is Professor of Philosophy at the University of Hawai’i (Manoa), where he served as director of the Center for Chinese Studies from 1991–2000. He has been editor of Philosophy East and West since 1987, and is co-director of the East-West Center’s Asian Studies Development Program. His teaching and research interests focus on comparative philosophy, the philosophy of culture, environmental philosophy, classical Confucianism, and Daoism.