Professor Ko’s lecture intends to complicate the prevalent view of footbinding as a barbaric form of female oppression. By way of embroidered shoes and other artifacts related to the binding of feet, the talk will probe the incentives of women in perpetuating the custom for nearly a thousand years. In doing so, it is hoped we will gain insights on gender relations and power dynamics in Chinese society. 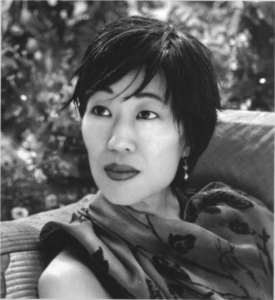 Dorothy Ko received her PhD from Stanford University and is author of several books including Teachers of the Inner Chambers: Women and Culture in Seventeenth-Century China (1994); Every Step a Lotus: Shoes for Bound Feet (2005); and most recently Cinderella’s Sisters: A Revisionist History of Footbinding (2005). She has also co-edited a pair of volumes on women and Confucian cultures in pre-modern East Asia, and feminisms in China.

In Cinderella’s Sisters: A Revisionist History of Footbinding, Ko seeks to understand the forces that made footbinding a conventional practice for women and to debunk many myths and misconceptions about it. From a standpoint that neither condemns nor defends the practice, her aim is to show that “there is not one footbinding but many” and to argue that it is wrong to assume that footbinding was a uniform and timeless practice motivated by a single cause. Rather than stemming from sexual perversion, Chinese men’s desire for bound feet was connected to larger concerns such as cultural nostalgia, regional rivalries, and claims of male privilege. Nor were Chinese women who bound their feet hapless victims; they did so to signal their high status and self-respect. Femininity, like the binding of feet, was associated with bodily labor and domestic work and properly bound feet and beautifully made shoes required exquisite skills and technical knowledge that was passed on from generation to generation. Seeking out partial perspectives and the submerged voices of people left out or left behind, Ko writes an “alternative history” of footbinding that resists the moralistic discourse that structures our present knowledge of it.

In Teachers of the Inner Chambers: Women and Culture in Seventeenth-Century China, Ko writes about women’s culture in seventeenth-century Jiangnan, looking for evidence
that shows “how tradition can be harnessed to further untraditional goals and how women can be incorporated into new ways of imagining national and local communities.” The book unsettles the view that Chinese women were simply victims of patriarchal oppression, and explores how they formed communities of their own within a dynamic and changing gender system. Chapters on women and commercial publishing, literary friendships among women, and individual writers, poets, and painters illustrate how Chinese women created new spaces within traditional social structures without directly challenging those structures.