Webcast sponsored by the Irving K. Barber Learning Centre, and made possible by the Yip So Man Wat Memorial Lecture series hosted by the Department of Asian Studies and the Faculty of Arts, UBC welcomed professor at Hong Kong University, Dr. Lung Ying-tai on October 18, 2009 at the Asian Auditorium at UBC. Lung Ying-tai’s most recent work is Big River, Big Sea: Untold Stories of 1949, published to coincide with the 60th anniversary of the founding of the People’s Republic of China. With it, Professor Lung marks the anniversary in a different way –by writing a book dedicated to the pain and suffering of more than 10 million people who died in the Communist victory and millions of others whose lives were changed forever by it. To that end, Big River, Big Sea: Untold Stories of 1949 is a work of history that transcends nationality, transcends national borders, and straddles the Taiwan Strait. In it, Lung Ying-tai wants to let readers “see an entire generation of people who silently suffered enormous trauma crushed under the iron wheel of history.” Western society is familiar with the tragic consequences of the Nazi armys siege of Leningrad during World War Two. Few people are aware, however, of a similar tragedy that took place in 1948 in the northeastern city of Changchun, when Communist armies encircled Nationalist forces during the Civil War. Even the majority of Chinese are unaware of this event. Lung Ying-tai writes not only about that generation, but about “all those who were trampled upon, humiliated and destroyed in that historical epoch.” 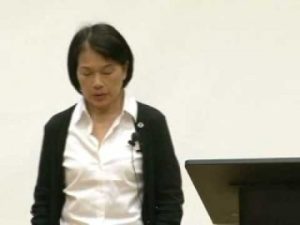