Contrary to the common belief that Hong Kong cinema excels only in martial arts and gangster genres but has little to do with literature, recent research (Hong Kong Film and Literature Filmography, 1913-2000 [Hong Kong: Centre for Humanities Research, Lingnan University, 2005]) has shown that more than a thousand Hong Kong films have been adapted from literature since the beginning of the film industry (with the 1950s and 1960s as the high points). This talk will examine how Hong Kong culture has evolved since the 1950s, and it will examine how directors and writers drew on traditional and modern Chinese literary works as well as foreign and popular resources to develop alternative Chinese cultures–cultures that would not have been possible to develop in Mainland China.

Hong Kong cinema from the 1950s made adaptations not only from mainstream twentieth-century writers such as Lu Xun, Ba Jin, and Mao Dun but also from unacknowledged writers such as Shen Congwen and Eileen Chang. It continued to adapt from the literary works of Tolstoy, Maupassant, and Dickens when its counterpart in the mainland had ceased to do so. And it continued to adapt from traditional opera and romance (the “Mandarin Duck and Butterfly” stories) when the latter were severely criticized in the north.

This talk will focus in particular on some rarely seen films adapted from Lu Xun, Tolstoy, and traditional opera. Its objectives are to highlight the literary varieties in Hong Kong culture, to clarify its historical links with Chinese and Western cultures, and at the same time to trace the formation of the characteristics that contributed to the development of Hong Kong culture. 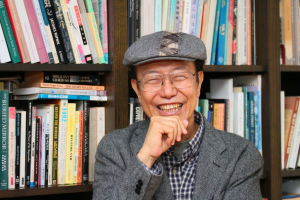 Leung Ping-kwan 梁秉鈞 (pen name: Ye Si 也斯) is a highly prolific poet, novelist, cultural critic, and multimedia artist. He has published eleven volumes of poetry (including Vegetable Politics 蔬菜的政治 [2006] and the award-winning Halfway 半途 [1995]), a novel, and four collections of short stories (among themIslands and Continents 島和大陸[1987],Postcards from Prague 布拉格的明信片 [1990], which won the Hong Kong Urban Council’s Biennial Award for Fiction, andPostcolonial Affairs of Food and the Heart 後殖民食物與愛情 [2009]). As Chair Professor of Comparative Literature at Lingnan University, he has also published extensively on Hong Kong literature and culture (including Hong Kong Culture 香港文化 [1995] and Hong Kong Literature and Cinema 香港文學與電影[2011]). His recent research on the film culture of Hong Kong in the 1950s forms the basis of this year’s Wat Lecture.

Leung’s writings have been translated into French, German, and Japanese. He has also produced multimedia art works on urban life, collaborated with visual and performing artists, fashion designers, and other cultural workers, as well as staged poetry and photography exhibitions in Hong Kong, Frankfurt, and Bern.